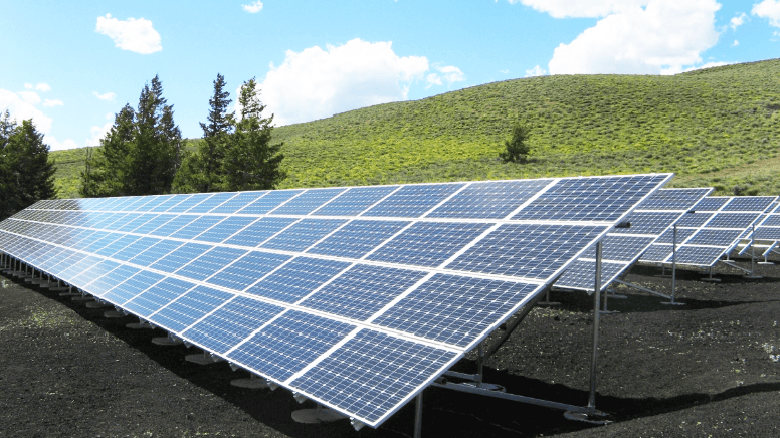 A US$9.2 million solar power plant will provide a quarter of the energy needs of the city of Bavet, and will cut Cambodia’s greenhouse gas emissions by 5,500 tonnes of carbon dioxide a year.

A US$9.2 million solar farm, slated to be operational by August 2017, will be Cambodia’s first sun-powered electricity source to be connected to the national grid.

The farm will provide Southeast Asia’s second poorest country with 10 megawatts of power. This is enough to meet a quarter of the energy demands of Bavet, a frontier city of 37,000 people, where the park is located.

The 21-hectare installation is a flagship project for a country that relies heavily on hydropower and fossil fuels, as well as energy imports from neighbouring Vietnam, to meet its growing energy demands.

The solar farm is expected to reduce Cambodia’s greenhouse gas emissions by 5,500 tonnes of carbon dioxide equivalent (CO2) a year. The World Bank estimatesthat in 2013, Cambodia’s annual emissions were about 5,574,000 tonnes.

The project is being funded partly by loans from Asian Development Bank, the Canadian Climate Fund for the Private Sector in Asia, and also a private investor.
Frank Phuan, founder and director of Sunseap Group, commented: “While electricity consumption in Cambodia has increased significantly over the years, almost half of the country’s population currently has no access to stable, affordable electricity.”

Sustainable renewable energy has a very limited presence in Cambodia, with only 2 megawatts of installed photovoltaic capacity available in the country to date, according to local industry body Solar Energy Association Cambodia.

Cambodia’s policymakers are reluctant to promote solar as an alternative to coal-based power generation and hydropower, the United Nations Development Programme has commented.

The government has not yet made clear its plans to expand the power grid, nor set up an adequate legal framework to regulate safety standards for solar products, or develop incentives for excess solar electricity generation, UNDP has said.

Currently, only just over half (55 per cent) of Cambodia’s population of 16 million has access to a reliable electricity supply, and the country’s energy consumption is expected to grow by more than 18 per cent annually, in step with an economy that is expanding by 7 per cent a year.

The Cambodian government is aiming for at least 70 per cent of all households to have access to grid-quality electricity by the year 2030 and 100 per cent to be electrified by 2020.

In a country where major infrastructure projects are often dominated by companies with close connections to the government, the new solar park marks Cambodia’s first competitively bid renewable energy project.

Sunseap’s Phuan commented: “Through this partnership, people in rural Cambodia will gain access to a precious commodity that many in the urban developed world take for granted.”