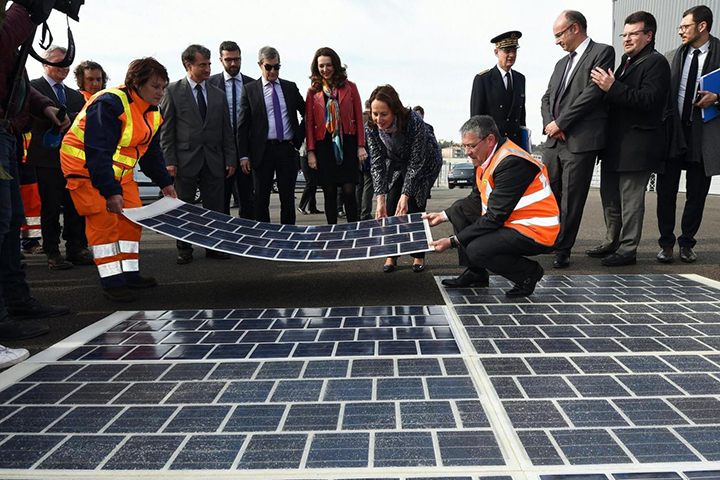 The 1km road, made from electricity-generating panels runs through the village of Tourouvre-au-Perche, in Normandy.

Developed by Colas over a five-year period, the road, called a ‘wattway’, will power all of the streetlights in the village, and expects to see 2,000 motorists per day.

One of the issues with solar power is its expense. Marc Jedliczka, vice-president of Network for Energetic Transition, told Le Monde:

It’s without doubt a technical advance, but in order to develop renewables there are other priorities than a gadget of which we are certain that it’s very expensive than the fact it works.

Investing in solar panels depends on the amount of sunshine a country receives, meaning that building them in Spain, for example, might be more cost-effective than in the UK.

There are plans to build more wattways in Calgary, Canada and Georgia, USA.

If the panes prove successful, there are plans to roll them out globally.