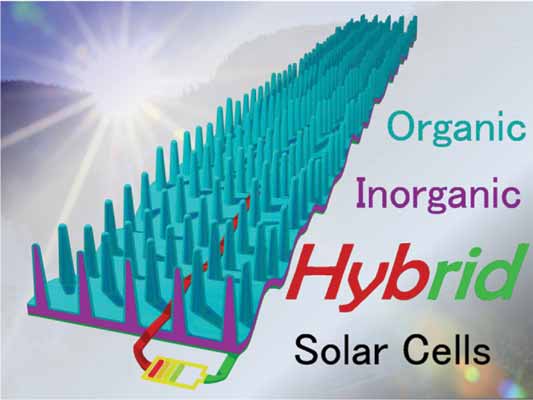 Success greets the research team of National Research Council’s National Institute for Nanotechnology (NINT) and the University of Alberta. The plastic solar cells have now an operating life of 8 months instead of mere hours.

And they are low-cost, environmentally efficient, unsealed plastic dollar cells – a green energy source. Developing economically viable plastic solar panels and to produce them in large scale has been the long time goal for the scientists as the cost of ultra high-purity silicon used in the traditionally manufactured solar cells is quite prohibitive. These are the solar cells of future – to be available to common man easily. A University of Alberta-NINT team has been focusing on this for quite some time.

Prototype solar cell:
A multi-disciplinary team has been successful in developing a prototype solar panel. It was operating at high capacity for about 10 hours. After that, problems developed within which reduced the efficiency of solar cells. They found that electrode’s chemical coating was the root cause of the problem. For past few months, work has been going on to correct this problem.

Role of electrode:
Producing power from solar cells is the key responsibility of electrodes and the research team found that the unstable chemical coating started leaking around the circuitry of the solar cell and reduced production capacity. They developed a new coating which solved this problem.

New polymer coating:
The team led by David Rider, consisting of Michael J. Brett, Jillian Buriak from U of A-NINT has been successful in developing a durable and longer lasting coating of polymer for the electrode which stopped the chemical leaking that reduced the production capacity. This new polymer coated electrode makes the solar cell work at high capacity continuously.

Success story:
At the time David Rider and colleagues presented their research paper in Advanced Functional Materials on June 22, 2010, the solar prototype cell had performed already for 500 hours at high capacity. In the highly competitive field of plastic solar-cell technology, this research by U of A-NINT team is considered to be a great achievement. And the cell continued to work for 8 months altogether before being damaged in transit between laboratories.

Future:
The future looks bright for hybrid organic solar cells. In Rider’s words “Inexpensive, lightweight plastic solar-cell products, like a blanket or sheet that can be rolled up, will change the solar energy industry”.