In India coal is king. It powers huge swathes of the country and its use is still rising. But there are signs that coal’s dominance might one day be challenged. India’s investments in renewable sources are now outpacing those in fossil fuels, according to a report by the International Energy Agency. 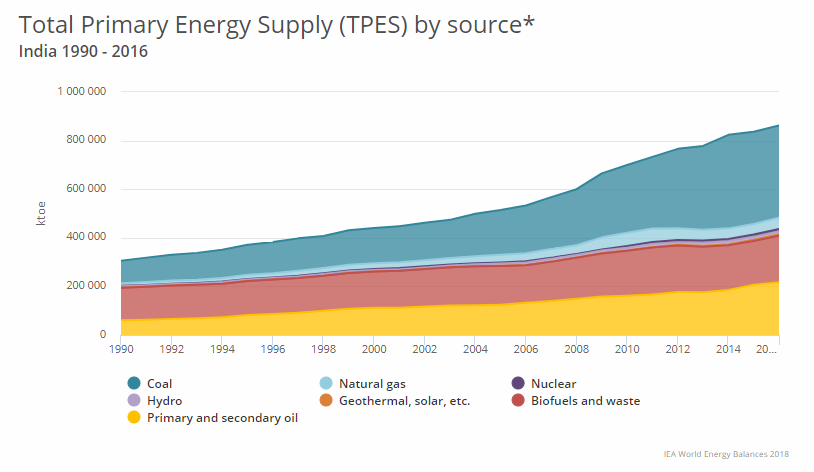 But that’s not to say the country’s hunger for coal is going away any time soon: it remains one of the world’s largest coal consumers. Investment in supply grew last year, supported by a policy favouring domestic production ahead of imports – although the fuel was still one of the country’s largest imports last year.

At a time when other nations are curbing coal use, India is bucking the trend and the vast majority of the country is still powered by fossil fuels, mostly coal. 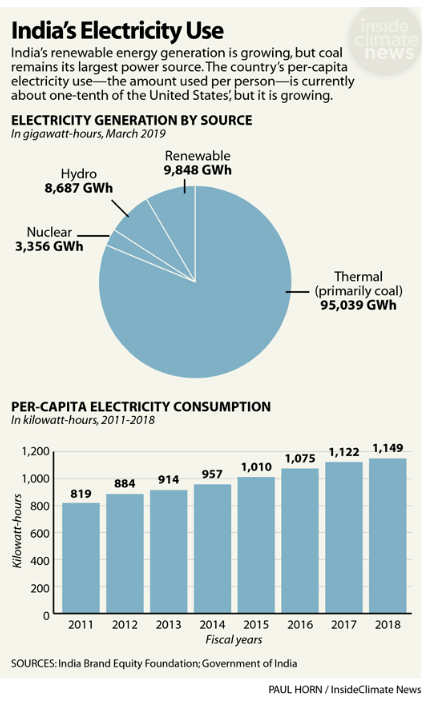 India is still a relatively modest energy consumer, particularly in comparison to the United States, but demand is set to climb rapidly as its population gets richer. The country`s share of global energy demand will double by 2040, oil and gas giant BP estimates. And almost half of this new demand will be met by coal.

Although investments in renewables will continue to mount, the continued reliance on coal means greenhouse gas emissions by India – already one of the world’s biggest CO2 emitters – will climb substantially. 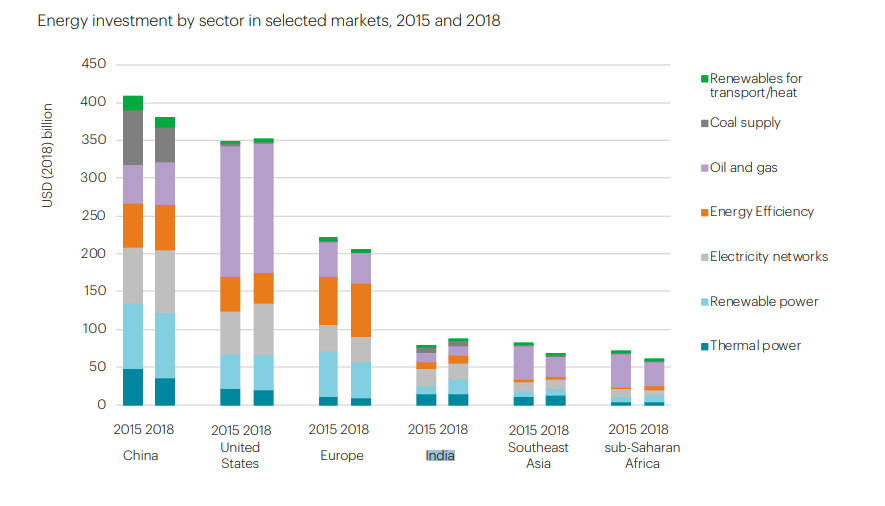 Given its soaring demand for power, it is little surprise India was the fastest-growing investor in the energy sector last year, according to the IEA. Continuing to meet this demand will require serious investment.

The country spent more than $20 billion on its grid last year, and the Central Electricity Authority estimated an extra $40 billion of transmission spending – the cost of getting electricity from the power plant to the substation – would be needed in the next three years. That’s over half as much again as it is currently spending.

Prime Minister Narendra Modi announced massive solar energy investments in 2015, pledging to surpass targets in the Paris climate agreement. But there is no getting away from the fact that coal is perceived as a cheap source of energy to feed Indians’ increasing demand for power.