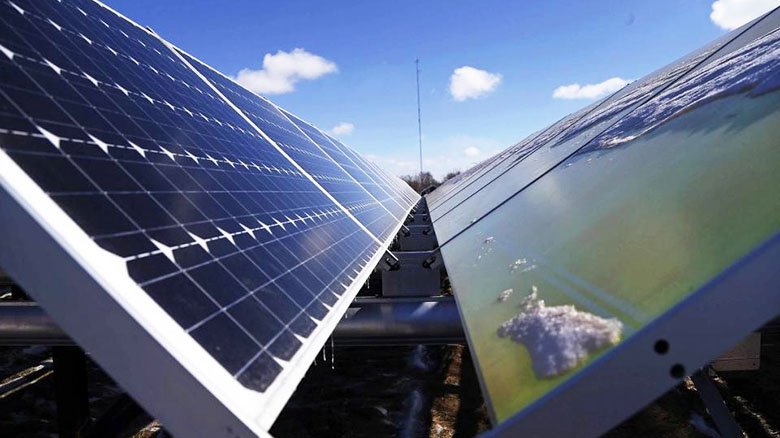 Trump promised to create jobs and revive America’s struggling coal industry throughout his campaign. The decline in coal plants and the rise of natural gas and solar power makes that unlikely. New jobs data suggests that the real growth in energy jobs is coming from the sky, not the ground.

The solar power industry now employs twice as many people as coal does, according to the 2017 Employment and Energy report from the Department of Energy. A jobs census by the Solar Foundation calculated that the industry added 73,615 jobs in 2016 — more jobs than oil, natural gas and coal combined. The foundation itself uses a stricter definition of solar jobs, according to which the industry added 51,000 roles. What’s more, solar accounted for two percent of all new jobs created in 2016 and is hiring faster than its competitors. 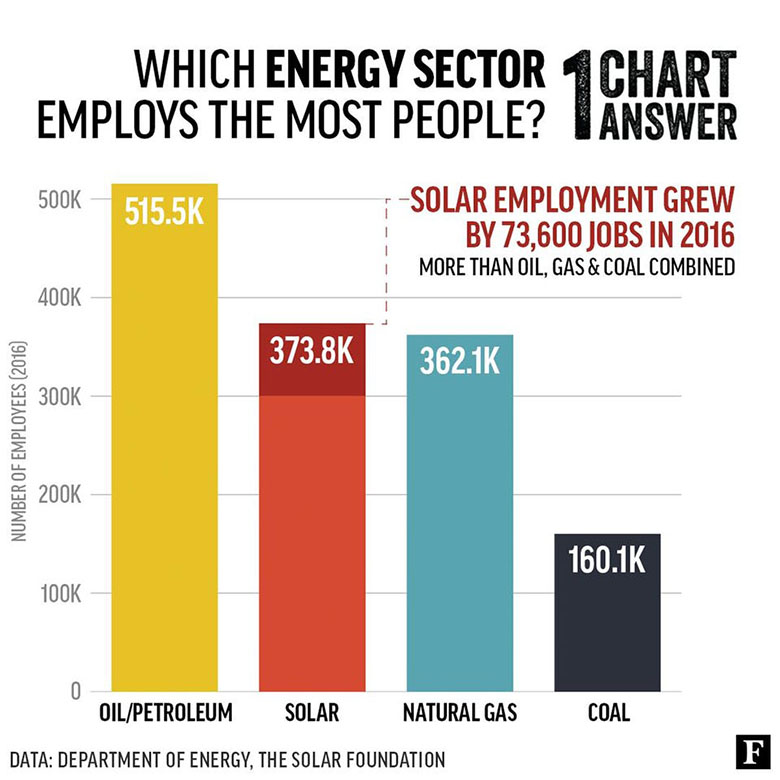 Solar workers can make respectable wages, too. The median national hourly wage is $45 for sales jobs and $26 for installers, according to the Solar Foundation. Construction workers who pursue training in solar technology can expect to move on to jobs paying $20 or $22 an hour after a year, according to a 2015 report on Maryland solar jobs by the foundation.