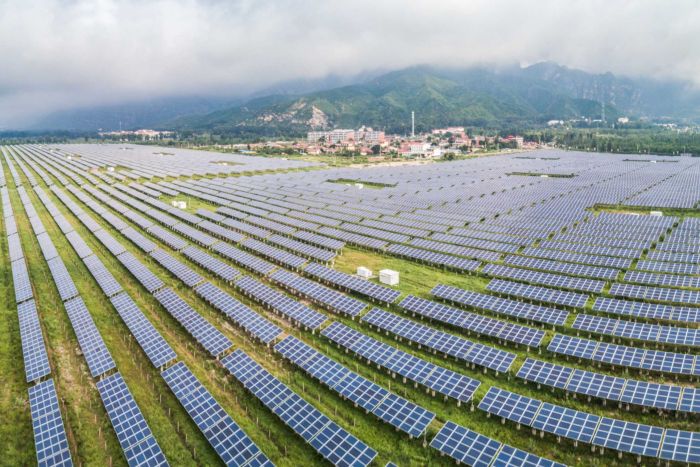 Solar power is continuing to surge ahead as the world’s emerging energy technology, according to a United Nations report that found global spending on solar was higher than any other energy source in 2017.

In a record-breaking year for renewable energy creation worldwide, the 98 gigawatts of new solar capacity was higher than all other technologies, including other renewables, nuclear and fossil fuels.

Australia’s own spending on solar skyrocketed with a significant boost in investment from South Australia, according to Iain MacGill from UNSW.

“We have the highest [per capita] rooftop residential solar market in the world, and by quite a big margin,” Dr MacGill said.

“A large proportion of Australia’s investment has gone into South Australia [and that means] we’re at the leading edge of working out how to integrate that renewable power into the electricity market.”

But Australia was starting from a low base, according to the ANU’s Energy Change Institute director Ken Baldwin, who said our transition to renewables still has some way to go.

“What will be interesting to see is whether this can be maintained,” Professor Baldwin said.

“There was 6 gigawatts of solar, both residential and commercial installed in [Australia] in 2017.

“If that keeps going, that’s a huge number and combined with wind that will be more than sufficient to replace the ageing fleet of coal-fired power stations in the next decade or two.”

According to the UN report, the proportion of the world’s electricity being generated by wind, solar, biomass and waste-to-energy, geothermal, marine and small hydro, rose from 11 to 12.1 per cent in 2017.

That equals a potential reduction of around 1.8 gigatonnes of carbon dioxide emissions from fossil fuels – more than three times Australia’s entire carbon emissions for 2016.

Integrating variable electricity sources into the grid and managing the energy market is now the key challenge for countries investing in renewables, according to report co-author and head of research at the Frankfurt School UNAP Centre, Ulf Moslener.

“The coming phase is mastering the structural change within the electricity sector,” Professor Moslener said.

“[Working out] how to apply business models to energy systems where the energy production costs are effectively zero.”

In total, Australia invested a record $8.5 billion in renewables in 2017 and got far greater value for money than just a few years earlier.

Professor Baldwin said although the increased investment in renewables is encouraging, Australia’s ability to develop our renewable infrastructure is being stunted.

“Government policy uncertainty has sent a wrecking ball through the energy industry over the last decade,” he said.

“It may be that we can get agreement between the states on the national energy guarantee…[and] this might enable renewables to move forward, but at the moment there is too much uncertainty.”

He said potential investors in renewables and fossil fuels are afraid of the impact future policies will have on energy values.

“In the future something will be introduced into the market in order to account for the damage that greenhouse-gas emissions are putting on the economy and putting on society, and that creates a risk for investment.”

While Australia’s renewable spending is locally significant, it pales in comparison to China’s record-breaking investment of more than $126 billion, or around 45 per cent of the total global renewable energy budget.

China’s huge solar budget took even the report authors by surprise, according to Professor Moslener.

“The costs are still falling which makes the dominance in investment terms in China even more thrilling,” he said.

Air pollution in China is believed to kill around a million people every year, and is also likely to be a key motivation behind their huge investment in clean energy technology, according to Dr MacGill.

“If we think about what’s motivating China in this space, climate change is a factor but regional air pollution is definitely significant,” he said.

“They’re investing in lots of renewables but they’re also doing other things as well – trying to close down coal, and switching to more nuclear and more gas.

“But we’re also seeing significant investments in developing countries – parts of the Middle East and Mexico as well.”

2015 was the first year that developing countries invested more in renewable energy than developed countries, and have done so ever since.

Although solar was the energy source of choice in 2017, wind power is a cheaper option in many regions according to Professor Baldwin.

“Wind has also decreased [in cost] considerably and in many countries is now the lowest price form of renewable energy, and that’s certainly true in Australia,” he said.

Large-scale hydro electric projects were outside the scope of the report, however investment in these projects was significantly less than wind and solar.