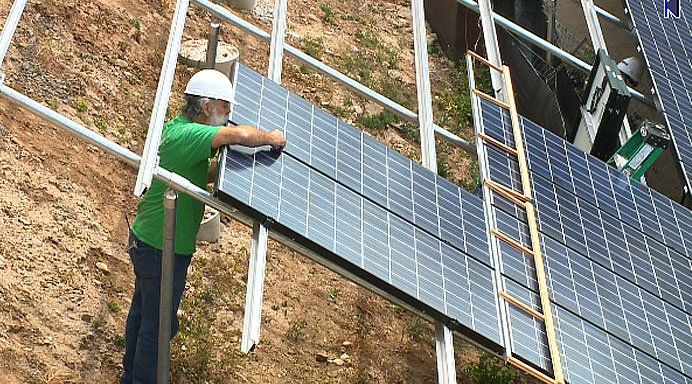 San Diego surpassed Los Angeles to take over the top spot for total capacity and trailed only Honolulu in the per capita rankings.

“The city is setting a blazing example by investing in solar power to create clean air, local green jobs and a brighter future for all,” said Michelle Kinman, of the Environment California Research & Policy Center.

“The sky’s the limit when it comes to putting San Diego’s clean and abundant sunshine to work as long as city leaders continue to embrace forward- thinking solar policies,” she said.

In the per capita tally, San Diego was followed by San Jose, Indianapolis and Albuquerque.

“San Diego is setting the standard for other cities across the country when it comes to protecting our environment and creating a cleaner future,” Mayor Kevin Faulconer said. “This new ranking is a testament to the many San Diego residents and businesses harnessing our natural resources as we march toward our goal of using 100 percent renewable energy throughout the city.”

The top 20 cities in the rankings received as much power from solar in 2016 as the entire country did in 2010, according to the report.