Solar and wind energy set to get cheaper 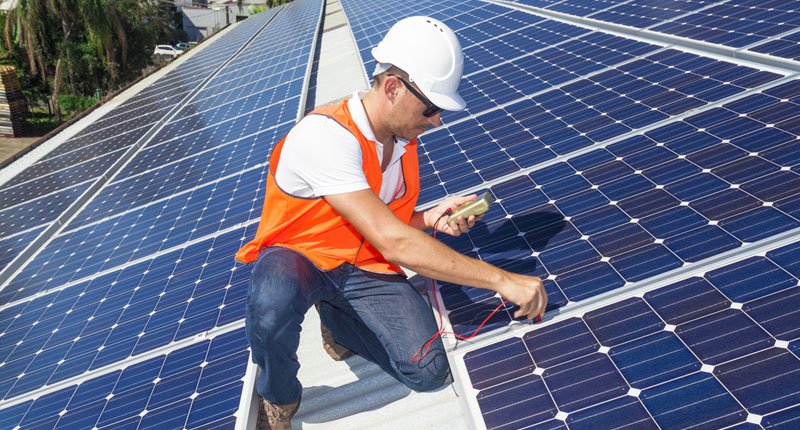 President Donald Trump promised to bring coal back, but that won’t be so easy, a forecast that sees solar energy costs rapidly decreasing indicates.

The decrease in the cost of solar and wind power will undercut the majority of existing fossil power stations by 2030, the forecast said.

“This year’s report suggests that the greening of the world’s electricity system is unstoppable, thanks to rapidly falling costs for solar and wind power, and a growing role for batteries, including those in electric vehicles, in balancing supply and demand,” Seb Henbest, lead author of the 2017 forecast, said in a statement.

Solar and wind are expected to dominate the future of electricity. The forecast predicts $7.4 trillion will be invested in new renewable energy plants by 2040. That number accounts for nearly three-quarters of the $10.2 trillion the world will invest in new power generating technology.

Renewable energy also is expected to get a boost from electric cars and homeowners’ solar roofs. By 2040, solar cells are expected to account for as much as 5 percent of electricity in the U.S., and even more in other countries.

In the U.K., renewable energy broke a record this month when the National Grid announced Great Britain’s nuclear, wind and solar-generated power outperformed coal and gas combined. Solar energy is already as cheap as coal in other countries, including the U.S., Germany, Australia, Spain and Italy. Solar power is expected to be cheaper than coal in China, India, Mexico, the U.K. and Brazil by 2021, the forecast predicts.

Throughout the 2016 presidential campaign, Trump promised to bring back coal mining jobs. In March, he signed an executive order to dismantle the Clean Power Plan, and this month he announced he was withdrawing the U.S. from the Paris Climate Agreement, which he claimed was unfair to Americans.

However, the forecast doesn’t paint a positive picture for coal workers.

“In the U.S., the Trump administration has voiced support for the coal sector,” the forecast said. “However, [the New Energy Outlook] 2017 indicates that the economic realities over the next two decades will not favor U.S. coal-fired power, which is forecast to see a 51 percent reduction in generation by 2040. In its place, gas-fired electricity will rise 22 percent, and renewables 169 percent.”

The forecast comes after the U.S. Energy Information Administration announced the nation broke an energy record. Government data show 10 percent of all electricity generated in the country in March came from wind and solar power.