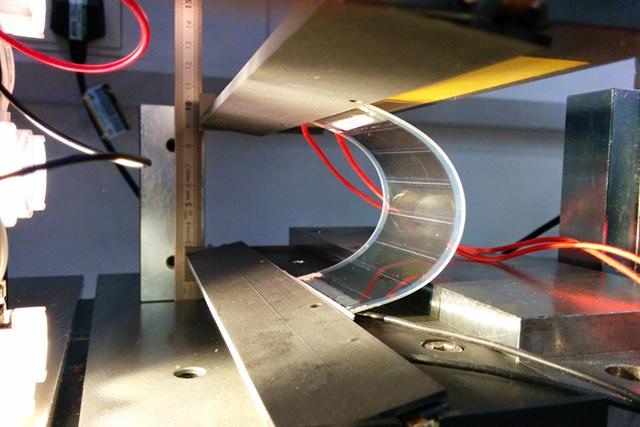 Sunlight is a non exhaustible source of energy without contributing greenhouse gases to the atmosphere. Still it is miles away from replacing the fossil fuels. Many reasons can be sited. One of its biggest disadvantages is it is still out of reach for the common man and it has a long break-even period.

Unless a product or service is embraced by masses it can’t be treated as alternative source to fossil fuels. But scientists are tirelessly working on solar cells. It is believed that solar cells could soon be produced more cheaply using nanoparticle “inks”. These nanoparticles can help in printing solar cells like newspaper or painted onto the sides of buildings or rooftops to absorb electricity-producing sunlight.

Brian Korgel along with his team is working on this low-cost, nanomaterial solution that can replace the current photovoltaics. Brian Korgel is a chemical engineer at University of Texas at Austin. He is quite hopeful that his new technique coupled with different manufacturing processes will lower the price of solar cells to one tenth. Korgel outlines the needs of cheaper solar cells in the market, “That’s essentially what’s needed to make solar-cell technology and photovoltaics widely adopted. The sun provides a nearly unlimited energy resource, but existing solar energy harvesting technologies are prohibitively expensive and cannot compete with fossil fuels.”

Korgel is utilizing the light-absorbing nanomaterials. Their specialty is that they are 10,000 times thinner than a strand of hair. Their microscopic size makes it possible to attain higher-efficiency devices. The inks could be printed on a roll-to-roll printing process. They can use a plastic substrate or stainless steel for printing. It seems that this type of ink could be used to paint a rooftop or building and it doesn’t look like a tall claim.

Korgel vouches for his idea, “You’d have to paint the light-absorbing material and a few other layers as well. This is one step in the direction towards paintable solar cells.”

Copper indium gallium selenide or CIGS are used for the development of the solar cells. These materials are cheaper in comparison to current materials utilized in the solar cells and easy on environment too. Korgel points out the superiority of his materials over conventional material, “CIGS has some potential advantages over silicon. It’s a direct band gap semiconductor, which means that you need much less material to make a solar cell, and that’s one of the biggest potential advantages.”

There is a catch though. This project team has been able to achieve only one percent efficiency till now. They need to meet the target of ten percent at least. Korgel too feels the same, “If we get to 10 per cent, then there’s real potential for commercialization. If it works, I think you could see it being used in three to five years. He also explained that these links are semi transparent and apart from roofs they could be pasted on the windows too.”