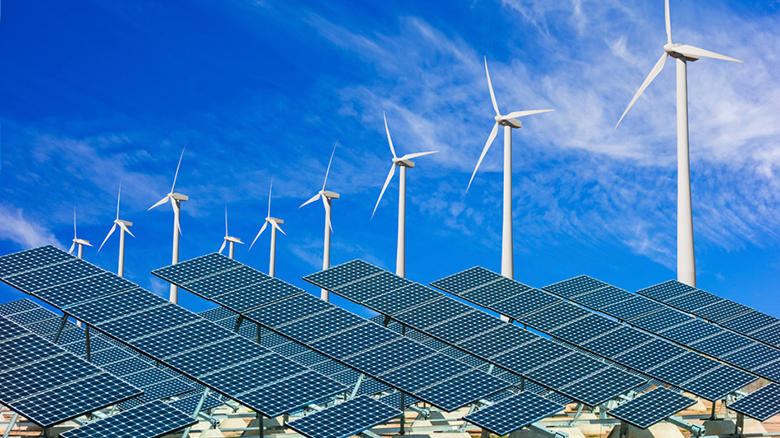 Generating power from the sun isn’t the problem. The technology has been there for decades. Storing that power efficiently, however, has been a challenge. Until now.

AUSTIN, Texas — Generating power from the sun isn’t the problem. The technology has been there for decades. Storing that power efficiently, however, has been a challenge.

That’s why the Department of Energy has awarded $3 million to engineering researchers at The University of Texas at Austin to overcome the Achilles’ heel of the solar power story since Day One: how to store its energy.

To date, most major solar energy systems are bulky and expensive, with inefficient storage capacity. Energy coming from existing solar power systems must be housed in storage systems outside of the generators that create the power. In other words, two separate systems are required to ensure successful operation.

But experts from UT’s Cockrell School of Engineering have developed a way to integrate solar power generation and storage into one single system, effectively reducing the cost by 50 percent. The UT project will develop the next generation of utility-scale photovoltaic inverters, also referred to as modular, multifunction, multiport and medium-voltage utility-scale silicon carbide solar inverters. Collectively, the combined technologies are known as an M4 Inverter – their main function being the conversion of the direct current output of solar panels to medium-voltage alternating current, which eliminates the need for a bulky and expensive low-frequency transformer.

Electrical and computer engineering professor Alex Huang, who directs the Semiconductor Power Electronics Center in the Cockrell School and works with the UT Center for Electromechanics, is the lead principal investigator for this DOE-funded project. He believes the M4 Inverter will create efficiencies in a variety of ways.

“Our solution to solar energy storage not only reduces capital costs, but it also reduces the operation cost through its multifunctional capabilities,” Huang said. “These functionalities will ensure the power grids of tomorrow can host a higher percentage of solar energy. By greatly reducing the impact of the intermittence of solar energy on the grid and providing grid-governing support, the M4 Inverter provides the same resilience as any fossil-fuel-powered grid.”

One such additional functionality is the ability to provide fast frequency control, which would prevent a solar-powered grid from experiencing blackouts on days when large cloud cover might obstruct solar farming.

To achieve the level of efficiency needed to convert the solar energy to the power grid, new silicon carbide power electronics switches will be used in the M4 Inverter. The need for a bulky 60-hertz transformer is also eliminated in the M4 Inverter to further increase the efficiency and to reduce the capital and installation cost. Construction of the system will be based on the modular building block concept that further reduces manufacturing costs and provides reliable operation through a power backup. The team will partner with the Electric Reliability Council of Texas, Toshiba International, Wolfspeed and Opal-RT, as well as Argonne National Lab.

The DOE awarded $20 million in funding for nine projects to advance early-stage solar power electronics technologies. The projects chosen were deemed critical to addressing solar photovoltaic reliability challenges, lowering the cost of installing and maintaining a photovoltaic solar energy system and achieving the DOE’s goal to cut in half the cost of electricity for a solar system by 2030.