Solar panels on schools, hospitals and prisons could power Queensland into a renewable future, report finds 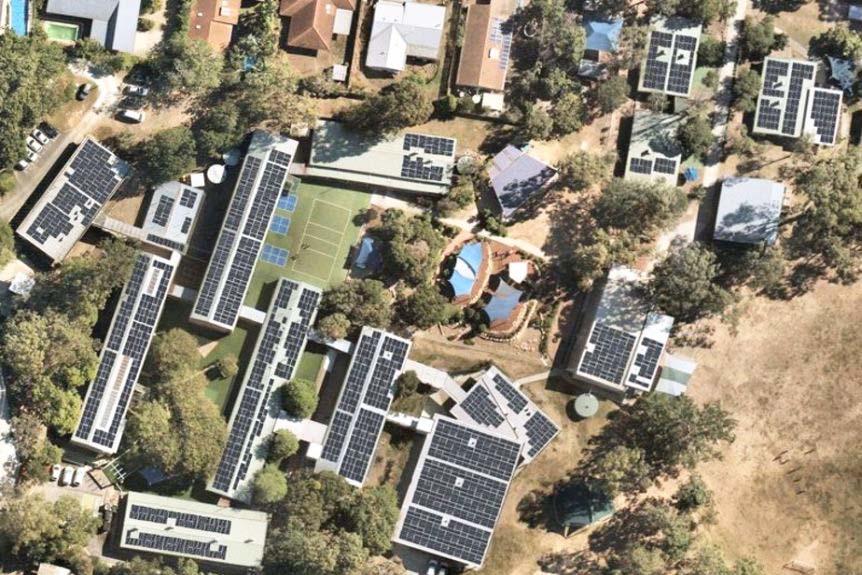 The rooftop space on Queensland’s public buildings could hold the key to powering the state with solar energy, new research has found.

The analysis, commissioned by the Australian Conservation Foundation, found installing solar panels on the roofs of public buildings in five local government areas would produce enough electricity to power 44,000 homes.

The research was conducted by the School of Photovoltaic and Renewable Energy Engineering (SPREE) at the University of New South Wales (UNSW). 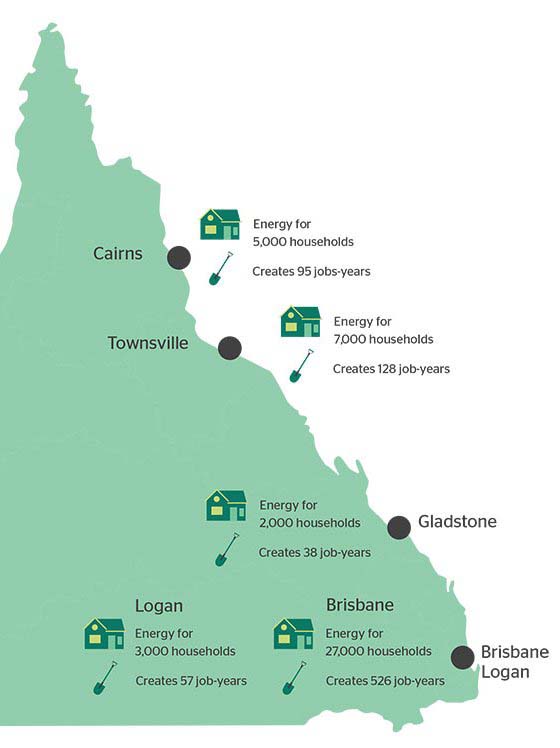 The report’s author, Mike Roberts, said this equates to 45 football fields’ worth of space for solar panels.

“That’s 150 megawatts of solar and half a million solar panels,” Mr Roberts said.

He said just over half of that energy could be generated by public schools alone.

“Most of these public buildings have got loads of energy demand during the day [unlike many homes], so that’s the best place you can put solar because it will get used.” 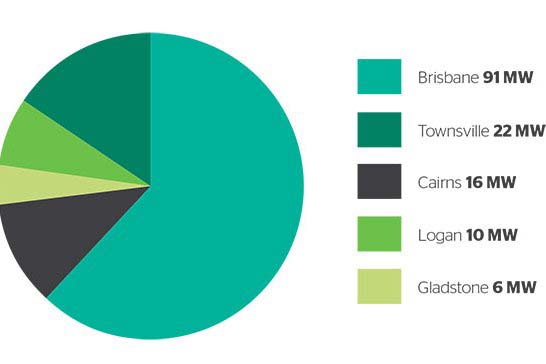 Jason Lyddieth from the Australian Conservation Foundation said that amount of solar energy capacity could prevent 152,000 tonnes of climate pollution — as much as would be saved by not burning 1.3 million tonnes of coal.

“We’ve got heaps of roof space that can be turned into power stations,” Mr Lyddieth said.

“[It] highlights the huge opportunity the State Government has to increase the supply of clean, low-cost electricity to meet the daily energy needs of schools, hospitals and other essential services.

“If public buildings in just five local government areas have 45 football fields’ worth of rooftops that are suitable for solar, just imagine how much potential there is across the state.”

The report found implementing the plan would generate jobs — estimating a cumulative 844 years of employment in the solar installation business.

By June 2022, 800 Queensland state schools will have solar panels installed as part of the Government’s Advancing Clean Energy Schools program.

This will provide 35 megawatts of solar generated electricity.