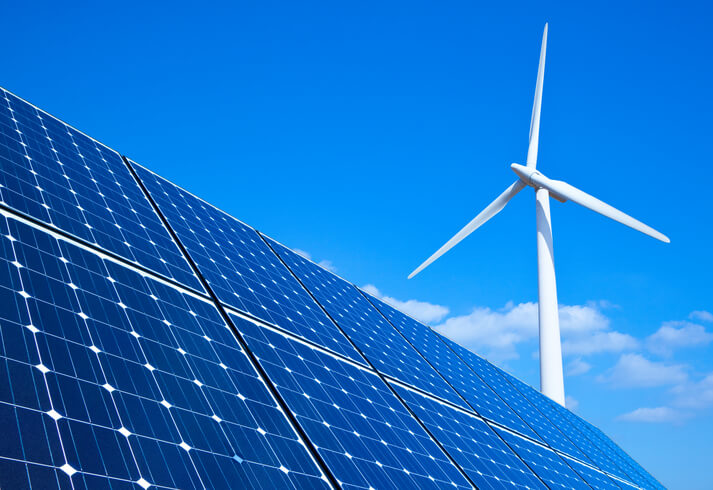 In the first quarter of the year, solar, wind, and hydropower accounted for nearly three-fifths (59.6%) of new capacity added to the U.S. electricity generation mix, according to an analysis by the SUN DAY Campaign of new data from the Federal Energy Regulatory Commission (FERC).

By comparison, 16 units of natural gas (1,482 MW) and two units of oil (5 MW) contributed 1,487 MW. FERC reported no new capacity from coal, nuclear or any other sources, says SUN DAY.

Moreover, utility-scale renewable energy sources (biomass, geothermal, hydropower, solar and wind) now account for 21.49% of the nation’s total installed operating generating capacity – which is more than double that of nuclear power (9.04%) and almost equal to that of coal (21.68%).

Finally, a major change in FERC’s most recent monthly “Energy Infrastructure Update” reports is the inclusion of a new column entitled “High Probability Additions” in the table “Proposed Generation Additions and Retirements by April 2022.” It suggests that – over the next three years – net new additions in generating capacity by renewable energy sources will be nearly 100 times greater than those of all fossil fuel and nuclear sources combined.

Meanwhile, each renewable energy technology is projected to experience net new additions: wind at 24,866 MW, solar at 12,925 MW, hydropower at 415 MW, biomass at 319 MW and geothermal at 28 MW – for a combined total of 38,805 MW. That is 97.5 times more net new renewable energy capacity additions than projected for fossil fuels and nuclear combined.

“With renewable energy generating capacity now equal to that of coal and new renewable capacity additions projected to vastly exceed those of fossil fuels and nuclear power over the next three years, 2019 may eventually be remembered as the beginning of the era of renewable energy dominance,” observes Ken Bossong, executive director of the SUN DAY Campaign. “At the least, it will prove to be yet another high-water mark for sustainable energy technologies.”

SUN DAY makes note that capacity is not the same as actual generation. Capacity factors for nuclear power and fossil fuels tend to be higher than those for most renewables. For calendar year 2018, the U.S. Energy Information Administration reports that renewables accounted for almost 18% of the nation’s total electrical generation – that is, a bit less than their share of installed generating capacity. Coal’s share of actual generation in 2018 was 27.2%, while that of nuclear power was 19.2%.

FERC’s six-page “Energy Infrastructure Update for March 2019” was released on May 7. It can be found here. For the information cited in this update, see the tables entitled “New Generation In-Service (New Build and Expansion),” “Total Available Installed Generating Capacity” and “Proposed Generation Additions and Retirements by April 2022.”