Sunlight to Electricity with Solid-State Photovoltaics 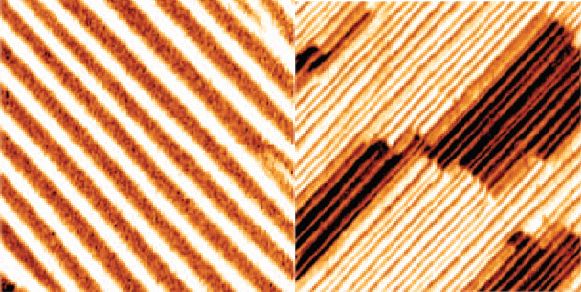 Conventional solid-state solar cells are suffering from the problem of the bandgap voltage limitation. Scientists are trying to capture more and more of sunlight and convert it into electricity. If scientists are able to increase the efficiency of the conversion rate that will put solar energy into fossil fuel league minus its undesirable effects.

The Lawrence Berkeley National Laboratory  researchers have found a mechanism to deal with the problem of bandgap voltage limitation. In the language of solid state physics, a bandgap is also known as an energy gap. It is the amount of energy needed to release an outer shell electron from its orbit to become a mobile charge holder. This electron can move freely within the solid material. In conductor materials, the two bands often overlap, so they may not exhibit a huge bandgap.

Jan Seidel is a physicist who holds joint appointments with Berkeley Lab’s Materials Sciences Division and the UC Berkeley Physics Department. He put forth his views, “We’re excited to find functionality that has not been seen before at the nanoscale in a multiferroic material. We’re now working on transferring this concept to higher efficiency energy-research related devices.”

If we explore a bit of physics, we can find that conventional solid-state solar cells is a p-n junction. p-n junction acts as the interface between a semiconductor layer having plenty of positively-charged “holes,” and another layer having plenty of negatively charged electrons. When sunlight falls on solar cells, photons from the sun are absorbed. This absorption helps electron-hole pairs that can be separated within a “depletion zone.” This zone is a microscopic area at the p-n junction. The end result of the whole process is the generation of electricity. But the whole process is not so easy. Certain conditions are required. First condition is the photons have to penetrate the material to the depletion zone. The next condition is their energy has to exactly match the energy of the semiconductor’s electronic bandgap. What is the consequence of all this? According to Seidel, “The maximum voltage conventional solid-state photovoltaic devices can produce is equal to the energy of their electronic bandgap. Even for so called tandem-cells, in which several semiconductor p-n junctions are stacked, photovoltages are still limited because of the finite penetration depth of light into the material.” In a simplified world, all this conditions lowers the efficiency of solar power conversion.

How the Berkeley Lab’s Helios Solar Energy Research Center is able to increase the efficiency rate of solar power? Because, Seidel and his teammates found that by applying white light to bismuth ferrite, they could produce photovoltages within submicroscopic areas between one and two nanometers across! These photovoltages were definitely higher than bismuth ferrite’s electronic bandgap.

Seidel points out the advantages of his work, “The bandgap energy of the bismuth ferrite is equivalent to 2.7 volts. From our measurements we know that with our mechanism we can get approximately 16 volts over a distance of 200 microns. Furthermore, this voltage is in principle linear scalable, which means that larger distances should lead to higher voltages.”