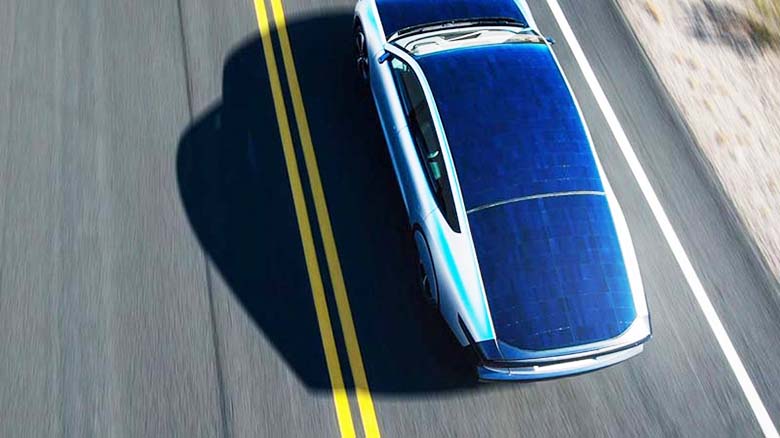 Dutch EV start-up Lightyear is already producing prototype roofs to extend the range of its Lightyear One solar car. The roofs will feature interdigitated back contact solar cells made by U.S. company SunPower and backsheets from Dutch multinational DSM.

The solar roof will extend the range of the Lightyear One model which the company a year ago said would enter production next year.

The roofs, which will be manufactured in Helmond, in the Netherlands, feature interdigitated back contact (IBC) solar cells supplied by U.S. company SunPower and conductive backsheets from DSM NV, a Dutch health, nutrition and materials multinational.

“Our backsheets are well suited for the integrated and double-curved solar modules that fit in the aerodynamic design of the car,” said Nathan Arbitman, strategy director at the DSM Advanced Solar division of the business. “With the application of lossless and aesthetic, back-contact technology to high-tech solar roofs for automotive, we demonstrate the viability of this technology for high-end solar systems, like DSM did already for high power modules for the residential market.”

The electrical contacts are placed at the back of the solar cells, which helps to reduce cell-to-module losses, delivering 3% increased power output, according to the manufacturer. “Furthermore, the backsheet enables the solar roof to be made in an aesthetic curved shape,” Arbitman added.

The partner companies plan to expand from the manufacture of prototype products into full commercial output. Lightyear’s Lammers said: “We do not disclose production capacity or other financial data but we are thinking big. The aim is to deliver a solution for customers from the automotive and public transport sector whereby the integration of a solar roof could represent a smart investment.”

The partner companies are focusing on the the European and U.S. markets, with Arbitman adding: “We are making prototype modules for selected applications to determine the feasibility and value proposition and get market feedback.”

EV start-up Lightyear stated a year ago that it expected its sporty-looking Lightyear One model to enter mass production next year.