How will geothermal power grow in the trend toward sustainable development? 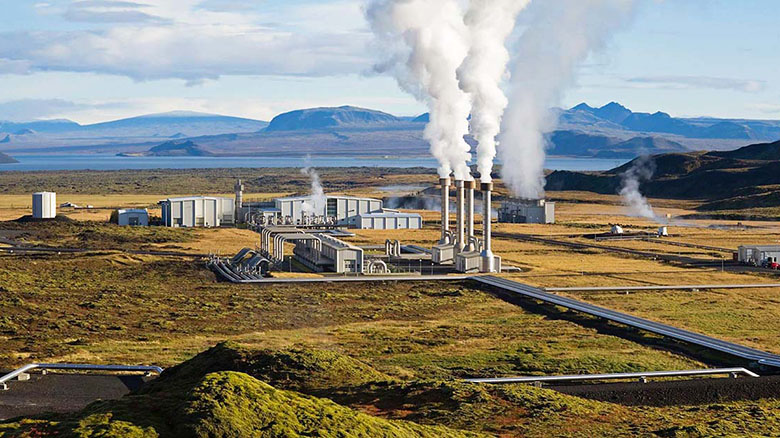 Renewable energy sources have become the first choice in many nations worldwide in the trend of energy transition and sustainable development. Aside from the rapid growth of solar and wind power, geothermal power is gaining traction.

The geothermal power market is expanding

The geothermal energy industry was born in the twentieth century to use the heat energy available in the ground, which was clean and sustainable – almost endless. Geothermal power is used in various industries, the most common of which are direct heat (such as heating systems of buildings) and electricity production. 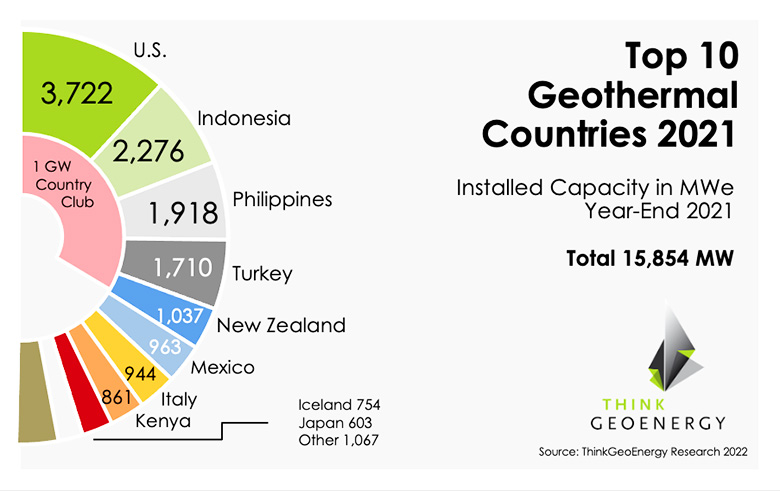 Among renewable energy sources, geothermal power is relatively “silent” compared to the rapid growth of solar and wind power. However, because it is not affected by weather or climate, geothermal has a very high power factor and is always available. Furthermore, geothermal energy has been demonstrated to be safer than other low-carbon technologies like hydrogen, carbon capture and storage (CCS). As a result, geothermal is considered a potential and promising solution for reducing global emissions. The development of geothermal energy in general, and geothermal power in particular, contributes to increased energy security by decreasing dependence on fossil fuel imports and the risks of an energy crisis.

Therefore, geothermal energy continues to attract investment capital. Geothermal spending will increase by 38% in 2022, according to data by the energy consultancy firm Rystad Energy (Norway). Many geothermal projects are still being investigated and developed. The Massachusetts Institute of Technology (MIT) Venture Capital Fund raised $ 63 million in early 2022 to begin a project to harness geothermal power utilizing millimeter-wave electromagnetic radiation and gyrotron high-power vacuum tube equipment. Scientists expect that using this new technique, they will be able to traverse the hottest, hardest rocks, down to a depth of around 20km in a matter of months – a depth that will allow any liquid pumped down there to be converted into a super perfect state of steam to generate electricity. Recently, the Pacific Northwest National Laboratory (PNNL) and its partners developed a geothermal extraction system that involves pumping liquid to a depth of more than one kilometer below. The system is intended to assist researchers in understanding how fluids capture heat from energy stored inside rocks and pump it above ground to generate electricity, thereby possibly improving geothermal technology. 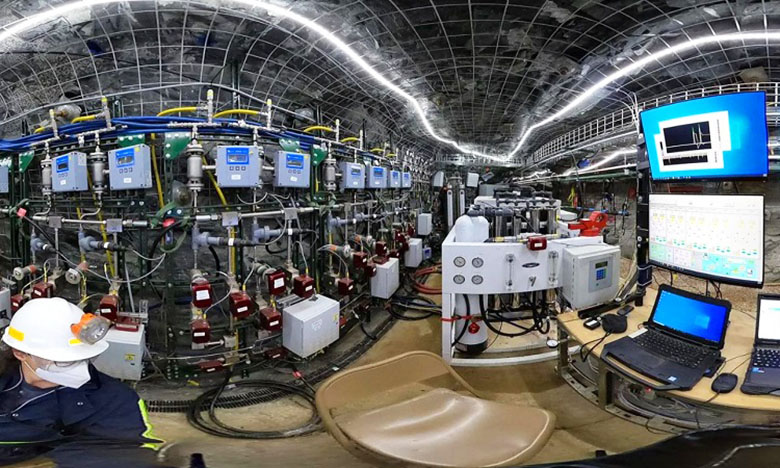 Geothermal energy is used via a simulation and flow system (Photo: PNNL)

Another factor considered a driving force in the development of geothermal power is… lithium. Controlled Thermal Resources (CTR, based in Australia).announced a $500 million project with a massive rig to extract lithium and produce geothermal energy in November 2021. The project is around 1 kilometer from the Salton Sea lake’s southern edge (located deep in the desert of California, USA). Lithium will be extracted from brine, which will be pumped up using geothermal power plants. The project will not be expedited if the demand for lithium-ion batteries does not explode.

Lithium is referred to as the “white gold” of the future since it is employed in creating automotive batteries, solar and wind energy storage systems, and electronic devices. Successful lithium extraction is critical since it will assist in removing the reliance on supply, as more than 80% of the world’s crude lithium is mined in Australia, Chile, and China, with China in particular controlling more than half of the world’s lithium processing and refining.

Geothermal power, with its high extraction potential, promises to provide a new, ecologically beneficial energy source and plays an essential part in the trend toward carbon neutrality and sustainable development.