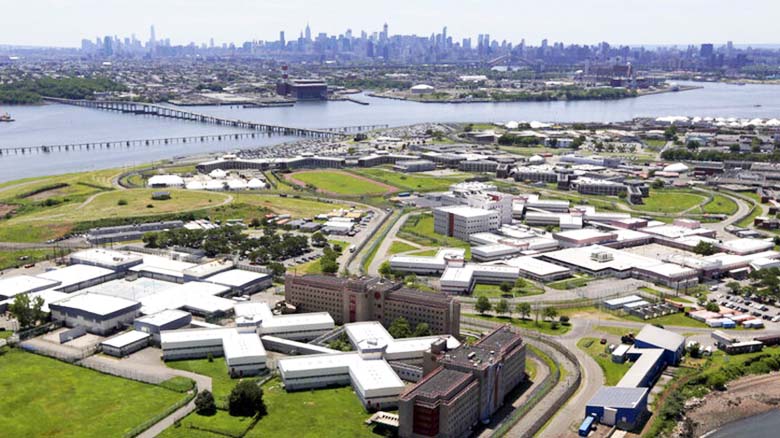 A plan to transform Rikers Island into a renewable energy powerhouse would focus on the relatively small island’s capacity for storing power to send to the electrical grid when demand rises, according to a panel of policy experts and New York City officials.

A “Renewable Rikers” proposal championed by local environmental advocates would turn the plot of land into an energy storage site after a still-contentious city plan to close the island’s jails is complete. After a land use proposal to build four new jails passed in the Council last year, the city introduced a proposal to ban jails from Rikers Island forever.

Advocates and some lawmakers see this as an opportunity to develop Rikers’ capacity for generating and storing renewable energy to wean New York City off fossil fuel-burning “peaker plants,” which pump carbon into the atmosphere as they reinforce the city’s energy grid.

The island is too small to host enough solar panels to generate sufficient energy, but it is an appropriate size for a battery storage facility, said Dan Hendrick, president of the New York Solar Energy Industries Association.

“The challenge here is Rikers Island’s small size,” Hendrick said. “Thinking about the energy future of the island and how it can become truly energy independent, it’s challenging to make solar energy the centerpiece.”

Hendrick was one of the speakers participating in a two-day panel on the Renewable Rikers plan during New York City’s Climate Week, which ended Sunday. He joined city officials, researchers and environmentalists to discuss how to squeeze the most use from the island long associated with its jails.

Though New York City has immense untapped solar potential, a solar farm would not be the best focus to “maximize energy opportunities,“ Hendrick said. Covering the island with solar panels would only generate enough electricity for about 12,000 homes — the number of people who live on a single city block in dense parts of the city.

“Solar can and should play a role in the future of our sustainable Rikers Island, but it’s really exciting to think about storage in the context of replacing dirtier sources of fuel, creating jobs [and] bolstering grid resiliency,” he said.

Even without an energy facility on Rikers Island, the city’s peaker plants, including one in Astoria, will soon get marginally better for the environment, though they will still burn fracked natural gas.

The city will phase out the “dirtiest” peaker plants — which burn oil to create electricity — by 2023 to comply with Department of Environmental Conservation regulations, said Susanne E. DesRoches, deputy director of Infrastructure and Energy at the Mayor’s Office of Resiliency and Office of Sustainability.

“That’s a great first step but we have a lot more work to do,” DesRoches said. “We need to look at the dirtiest, least efficient plants and shut them down.”

About 70 percent of the peaker plants in the city are over 50 years old, DesRoches said.

“We have to push across all fronts, dialing back on peakers and on dirty base-load units,” she said.

Future funding, resources and the plan to close Rikers jails remain uncertain, especially after a Manhattan court struck down the city’s plan to build a new jail in Chinatown Tuesday.

But DesRoches said a coordinated effort at the community level can drive New York City to a sustainable future. Any plan must benefit low-income Black and Latino New Yorkers who have been disproportionately impacted by the criminal justice system and jailed on Rikers Island.

“There’s a lot of work to be done in terms of hearing from the community, both the areas around Rikers Island as well as families of folks that have been really negatively impacted by Rikers Island,” Des Roches said.

“We just want to make sure that we’re honoring the history of this island and making it accessible to the communities that have been impacted,” she continued. “We want to make sure we’re doing this not in an energy world vacuum.”