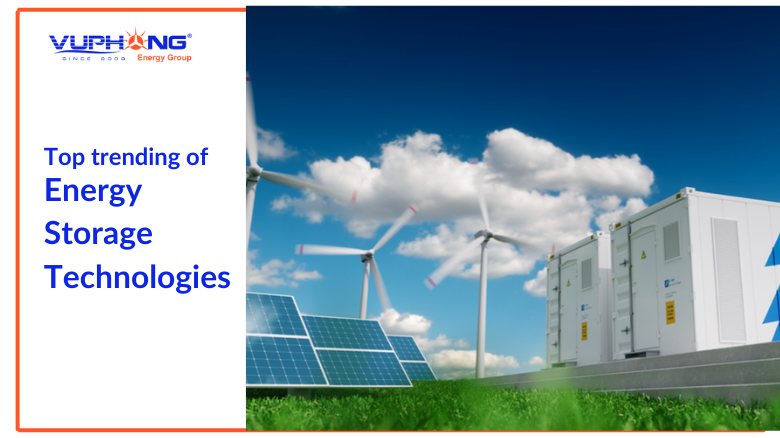 With the increase of renewable energy toward developing a green and sustainable economy, energy storage solutions become more attractive, with more money poured into research and development. The following are some of the most widely utilized energy storage systems in the world:

This is one of the most efficient forms of energy storage available today, accounting for more than 90% of all electricity stored globally. Electricity is used during off-peak hours (extra load) to pump water from the lower reservoir to the higher reservoir for storage. Water will be discharged from the high reservoir to the low reservoir during peak hours. The water will cause the turbines in the lines to spin and generate power.

The benefits of storage hydroelectricity include the ability to store huge amounts of electricity, a long operating life (70-80 years), and a high economic return. The most significant restriction of this technology is that it must be deployed in suitable terrain (ideally, mountains with vast peaks next to large rivers and streams). Japan, the United States, and China have the highest power output from large-storage hydroelectricity. There are at least ten high-potential position storage hydropower projects in our country. Bac Ai Hydroelectricity Facility is the first pumped-storage hydropower plant under construction (Ninh Thuan). The new project completed Phase 1 in March 2021, Construction Joint Stock Company 47 (an associate company of Vu Phong Energy Group) is the leading construction contractor.

Flywheel and supercapacitor systems are energy storage technologies that provide rapid charging and high reaction speeds. Energy is stored as kinetic energy of the rotating mass in a flywheel device. Electricity is explicitly utilized to spin the flywheel at high rates, maybe up to 100,000 rpm. This process generates the flywheel’s rising kinetic energy. When necessary, the flywheel releases the stored energy by delivering torque to the mechanical load, slowing the spinning speed. After that, the kinetic energy is converted back into electricity. The flywheel is used in wind and solar power systems as a “battery” to store excess energy and as a backup generator to give electricity when needed.

Supercapacitors, unlike flywheels, store energy in the form of capacitor potential energy. It retains power in the same way that a static charge does, but without the chemical process that a battery does when charging or discharging. Supercapacitors have the advantage of holding a large amount of power, being extremely robust, and charging quickly. However, the voltage lowers rapidly because of internal leakage between the two poles, and the charge does not last long. As a result, when used in renewable energy, supercapacitors and batteries are frequently combined. Electricity generated from renewable energy sources (such as solar and wind power) is stored directly in the supercapacitor, gently recharging the battery. As a result, the battery is always fully charged and ready to use, extending the life of the supercapacitors. 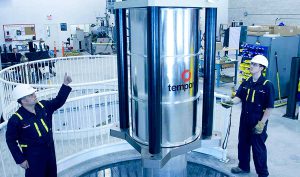 A 500kW flywheel is being lowered into the tunnel at the production facility of  Temporal Power – a flywheel company for testing (Image: Temporal Power)

Because of their low production costs, lead-acid batteries are still commonly utilized. They are frequently used in automobiles because they can deliver the high surge currents required to start the engine. The downsides of this technique include the usage of hazardous chemicals and a limited battery life (only about 300-500 charge and discharge cycles). As a result, lead-acid batteries are mainly employed for small-scale power storage.

Lithium-ion battery technology is increasingly being employed because of its enormous store capacity and low self-discharge rate: in most domestic electrical appliances, electric vehicles, security devices, storage devices, and so on. Lithium-ion batteries are also described as the “key” to unlocking a future free of fossil fuels and the “heart” of the Fourth Industrial Revolution. 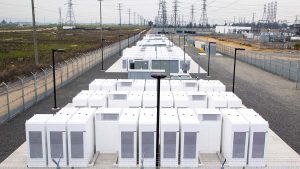 However, lithium-ion batteries have some drawbacks. For example, it has reached a safe limit of energy density in a particular area, rare earth reserves for Lithium battery manufacturing. The waste treatment process for manufacturing, destruction and reuse is quite complex. As a result, multinational firms and prominent research institutions have invested significant people and financial resources in continuing research in addressing the limitations of this battery and discovering new battery technologies. Among the outcomes are solid-state batteries. Because of their increased capability to store energy, recharge faster, and emit less heat, they are predicted to become a viable alternative to Lithium-ion batteries. The only remaining issue with these energy storage technologies is that they are not yet widely available.

Energy storage is a significant aspect of the expansion of the renewable energy industry. This sector is expected to bring in USD 620 million by 2040. Energy storage is also gaining popularity in Vietnam, where grid infrastructure has yet to meet the potential and demand for renewable energy production. “It is past time for us to seriously examine the study and manufacturing of energy storage batteries, particularly for solar energy, in order to assure energy security and sustainable growth,” says Dr. Nguyen Huy Hoach of the Vietnam Energy Association.