Highlight research in the field of clean energy 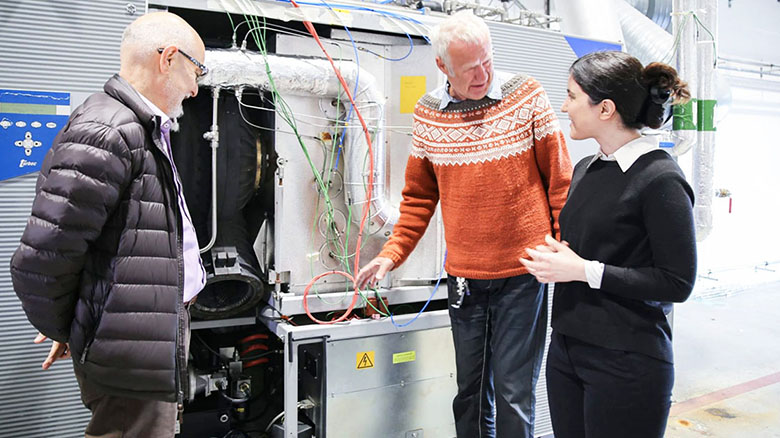 Clean energy has been invested in research and encouraged to use in recent years to decrease reliance on fossil fuels, reduce environmental pollution, and limit global warming. Let’s check out some new research in this field!

CO2 liquefies at high pressure and reverts to its gaseous form at normal atmospheric pressure on Earth. When transforming from a liquid to a gas, CO2 expands by roughly 400 times. Under normal circumstances, 2,5675 liters of liquid CO2 (at 56 atm pressure) will expand to 1,000 liters of CO2.

Energy Dome, an Italian company, has been researching and developing CO2 batteries based on this characteristic and has just launched the first CO2 battery technology-based energy storage facility in Sardinia (Italy) with a storage scale of 4 MWh. The CO2 battery at Energy Dome is made up of “giant” domes filled with elastic CO2 bubbles, liquid CO2 tanks, a compressor system, a heat recovery system, and electric turbines. People will utilize energy to run compressors, liquefy CO2 gas, and store it at that pressure at normal temperature to charge the battery. The heat produced by this process will be captured and stored in a heat storage system. The stored heat will be utilized to evaporate CO2 during the discharge cycle. The CO2 expansion process will pull electric turbines to gather energy and push it to the grid. The CO2 will be returned to the bubble dome in preparation for the next cycle. 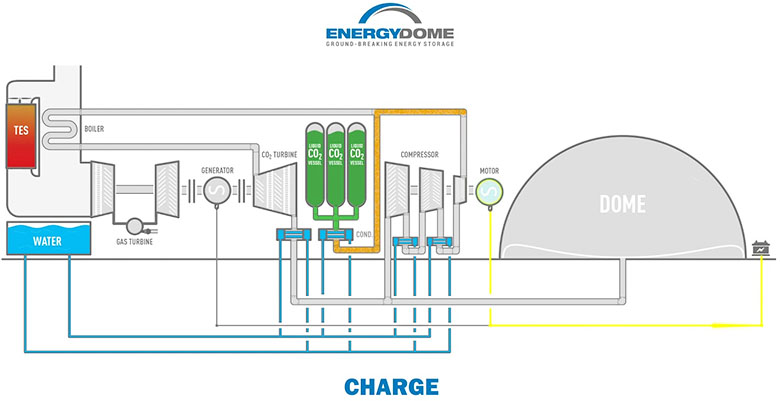 According to Energy Dome, despite the efficiency of CO2 batteries being only approximately 75%, the cheap storage cost (only about 50-60 USD/MWh over a few years) makes CO2 batteries competitive with lithium batteries. Furthermore, CO2 batteries have a very fast reaction speed, a longer energy storage capacity, and less deterioration. Energy Dome intends to construct a full-scale facility with a storage capacity of 200 MWh and have it operational by the end of 2023.

Much Original Equipment Manufacturers (OEM) are researching improving gas turbines to utilize low-carbon fuel sources in the race toward net-zero emissions by 2050. And hydrogen has emerged as a development priority. Some companies, such as General Electric (GE), and Mitsubishi Power,… have begun to use turbines that combine hydrogen and natural gas. In this regard, Mitsubishi Power has developed a gas turbine that uses 30% hydrogen and 70% natural gas, with the goal of commercializing 100% hydrogen gas turbines by 2025.

A team of experts from Stavanger University in Norway has announced the creation of the world’s first hydrogen-powered gas turbine. The research focuses not just on hydrogen-optimized combustion chambers, but also on fuel systems and existing natural gas infrastructure. They are looking at the plant’s constraints and methods to expand capacity to produce more clean energy. These projects will offer an efficient conversion solution; but, in order for them to be economically viable, the price of green hydrogen must be dramatically reduced, and a carbon tax on fossil fuel methods must be implemented.

Many nations are interested in space-based solar power (SBSP) – the collecting solar power in outer space and distributing it to Earth. In this solution, solar reflectors will be put on satellites in orbit. Solar energy will be focused on solar panels, converted into microwaves or lasers, and shot down to Earth. This energy will be collected by the antenna and turned into electricity. Space power stations can offer electricity day and night, regardless of the weather. Therefore, SBSP may generate 40 times more energy than solar energy on Earth.

Great countries such as the United States, Russia, and China have long been interested in SBSP and have conducted many remarkable experiments in this sector. Xidian University in China has successfully tested a system of cosmic solar power collectors. The tower is 75 meters tall and is outfitted with a receiving antenna as well as additional equipment like an omega concentrator system, light-to-electricity conversion, power transmission, and power management. It is the world’s first system with full SBSP features, such as monitoring the Sun, focussing light, turning light into electricity, delivering electricity in the form of microwaves, and receiving it with a separate antenna. 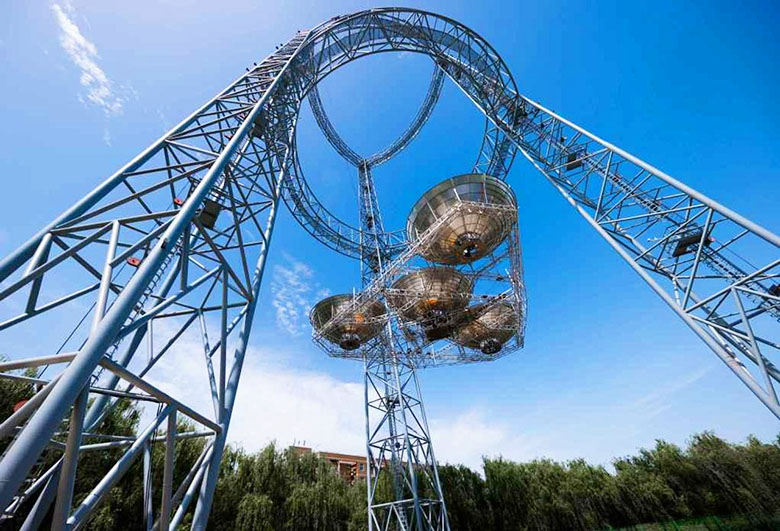 China plans to build the first solar power plant in space. According to the plan, a satellite will be launched into space in 2028 to test wireless power transmission technology from space at an altitude of 400 kilometers to the Earth. Solar energy will be transformed into microwaves or lasers and directed towards a variety of targets, including fixed locations on Earth and moving satellites. This will be the first of four phases. Two years after the initial launch, China will launch another more powerful satellite into a geostationary orbit 36,000 kilometers above Earth. A 10 MW power plant will be operational by 2035, powering a number of military and civilian facilities. By 2050, the plant’s capacity will be increased to 2 GW, while expenses will be reduced to a commercially acceptable level.

The United States successfully tested the Photovoltaic Radiofrequency Antenna Module (PRAM) solar panels put into space in 2020 by connecting them to the X-37B unmanned drone. In addition, the US is considering a $100 million experiment to power up a remote military outpost as early as 2025. The UK government, like the US, is considering a 16 billion pound proposal to put a pilot solar power plant in space by 2035. Many European defence contractors will contribute to this project.

If these SBSP projects are successful, it will be a breakthrough solution to meeting the global need for clean energy, particularly in locations that do not get much sunshine.