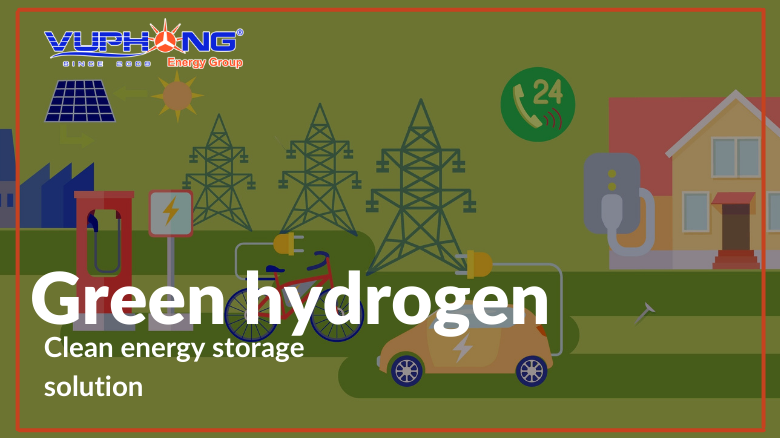 As a fuel for various industries, hydrogen has been a focus in many governments’ energy development policies. Green hydrogen, in particular, has the potential to be the “key” to a zero-carbon economy. It is also an effective energy storage technology, aiding in promoting renewable energy sources such as wind power and solar power.

Large reserves, a variety of applications

Hydro (hydrogen – H2) is a common chemical element that accounts for approximately 75% of the universe’s total mass and more than 90% of all atoms. Hydrogen is currently widely employed in chemical industries such as ammonia, methanol, fertilizer manufacturing, metallurgy, oil refining, semiconductors, cosmetics, etc. In the energy sector, hydrogen can be burnt directly in internal combustion engines, replacing natural gas to supply power for daily civil needs or specialized needs such as fuel for spacecraft and defense industries. Hydrogen is also used as an energy source in fuel cell systems, converted into electricity via an electrochemical process. Hydrogen fuel cells can become a viable fuel source for road, marine, railway, and aviation vehicles; they will play a pivotal part in the hydrogen economy in the future.

Because hydrogen is a secondary energy source derived from the primary source, such as water or other hydrocarbon molecules, it has a large reserve. Natural gas, oil thermochemical technique, and gasification of heavy hydrocarbons such as petroleum and coal are all methods for producing hydrogen. However, most methods emit CO2 greenhouse gases; the hydrogen produced by this approach is known as gray hydrogen. Blue hydrogen is created by the thermochemical process, which combines CO2 capture and storage technology. Hydrogen is also produced using water electrolysis (the use of electricity to split water into H2 and O2), which uses electricity generated by renewable energy sources such as solar power, wind power, etc. This approach emits no greenhouse gases. Green hydrogen is the hydrogen created by this process.

Because electricity is utilized to manufacture hydrogen (through electrolysis of water), it is then created via electrochemical processes (in fuel cells) or by electricity-powered gas turbines. Hydrogen is a highly efficient and long-lasting energy storage medium. Wind-generated hydrogen can be thought of as a form of stored energy used during the night when there is no wind. The development of green hydrogen will also encourage the development of renewable energy and the energy transition trend.

The facts of hydrogen development in the world

Many countries are interested in hydrogen as a sustainable energy source to replace fossil fuels. Hydrogen is also being pursued as an energy storage strategy to fully capitalize on the benefits of renewable energy, meet energy transition needs, and tackle environmental issues while assuring national energy security.

The European Commission (EC) unveiled the “New Hydrogen Strategy” in 2020, which will run from 2020 to 2050 and aims to phase out greenhouse gas emissions in all industries across the European Union while also producing reusable hydrogen. Currently, governments, universities, and businesses in the EU are working on more than 70 hydrogen research and development initiatives. Germany aspires to be the world’s leading producer and supplier of hydrogen within the EU. The German Cabinet committed in June 2020, with the “National Hydrogen Strategy,” to invest 9 billion euros ($10.2 billion) to achieve this aim. Meanwhile, the French government plans to deploy 10% green hydrogen in industrial applications by 2022, increasing to 20-40% by 2027. 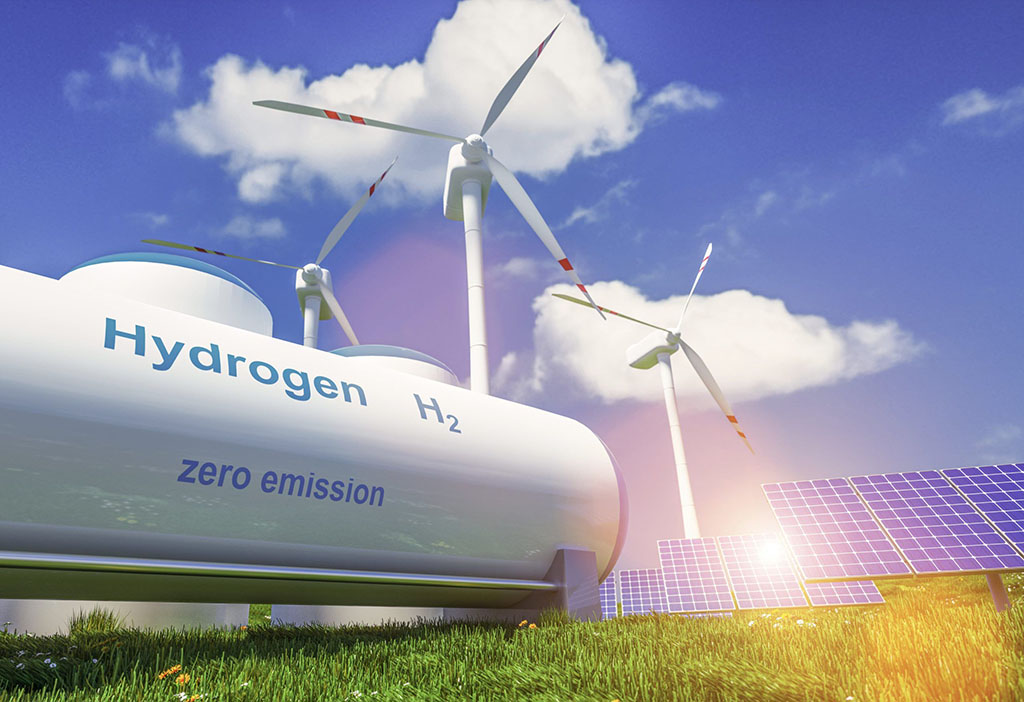 Hydrogen is a solution for storing and developing renewable energy (Source: Internet)

They have been using hydrogen to construct the International Clean Energy Network since 1992, focusing on research and hydrogen technologies for ten years. Then Japan launched a slew of national strategic plans and roadmaps centered on hydrogen and fuel cells. South Korea likewise aspires to be the world leader in the market share of hydrogen-powered automobiles and hydrogen fuel cells. This country’s government has promised to use the “hydrogen peroxide solution” (HPS) until 2022 to spread hydrogen fuel cells to increase the hydrogen economy systematically.

Currently, hydrogen technology confronts various problems, including inadequate storage infrastructure, high costs of hydrogen production via electrolysis, and challenging transportation. However, with many governments and corporations investing in research and development, when these problems are overcome, hydrogen will be a potential energy source, supporting renewable energy and, together with renewable energy, becoming a substantial source of electricity in the future.

Read more about the other energy storage technologies here