How does solar power work? Update 2021 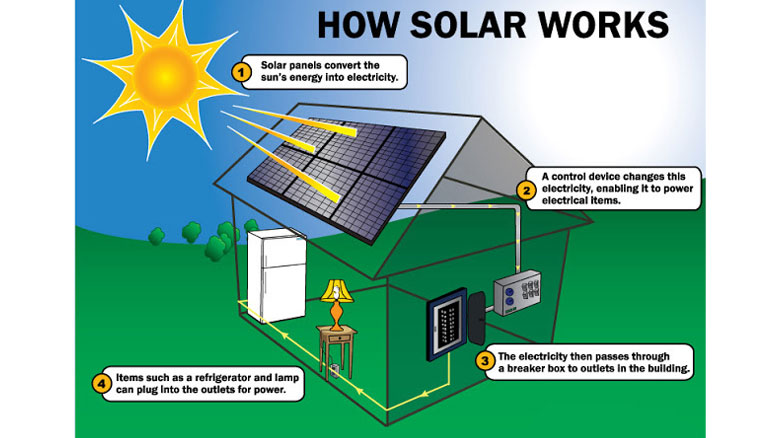 How does solar power work? Converting sunlight to electrical power

Solar power cells convert sunlight into electricity, using the energy of speeding photons to create an electrical current within a solar panel.

Photons are created in the center of the sun by the fusion of atoms. It takes a photon about a million years to work its way to the surface of the sun, but once free it is hurled through space so fast that it reaches earth in just eight minutes – after traveling 93 million miles.

This tremendous energy from the sun is abundant, and has been powering the earth for billions of years – feeding plants, redistributing and refreshing water supplies and ultimately creating other forms of energy (such as fossil fuels) that largely power our civilization today.

Over the past several decades, scientists have been learning to harness this ancient energy source with more efficiency to do the work of non-renewable fuels – without pollution, noise or radiation, and not subject to economic whims that drive costs higher each year.

An interesting side note: Photons are also called quanta. They are literally “packets” of sunlight” . Albert Einstein got his Nobel Prize for his study of quantum mechanics.

Solar power panels are made from specially treated semiconductor materials, composed mostly of silicon atoms. The panels – also called photovoltaic modules – are constructed with two sheets of silicon manufactured to take advantage of the photons bombarding the earth. 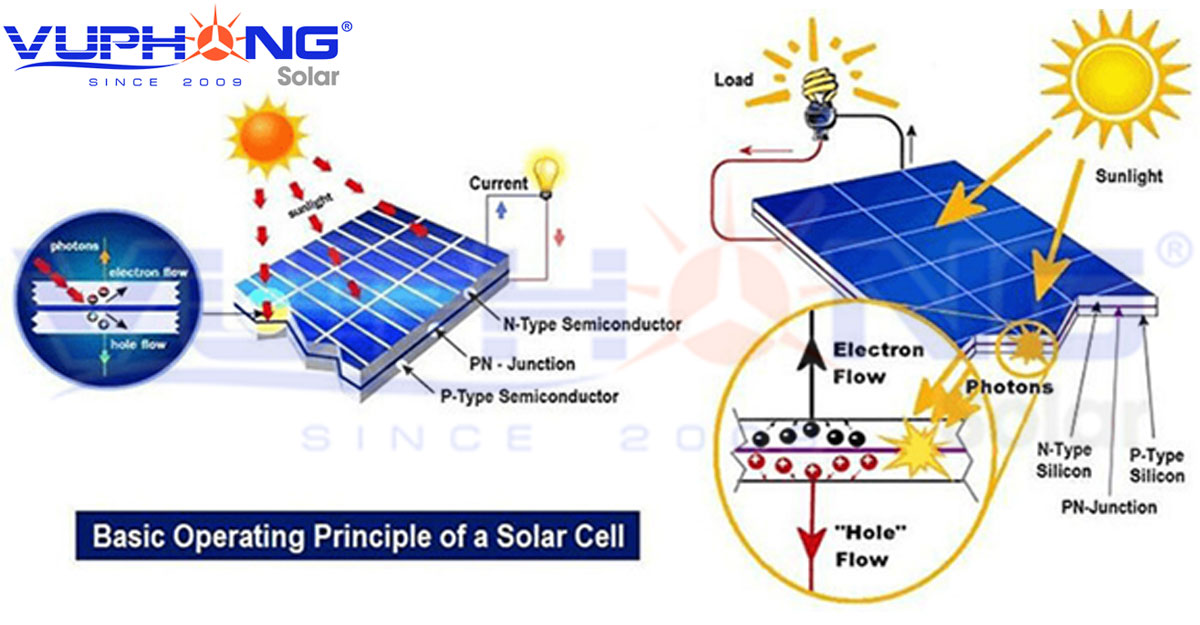 The two layers are separated by an electrical field, created by the interaction of atoms from both sides.

A metal wire attached to the N-layer gives the excess electrons somewhere to go. This circuit ultimately leads back to the P-layer, depositing free electrons where they can begin the process again. Before returning to the P-layer, the electrons are used to power electrical appliances in homes, offices, schools and factories. The movement of electrons with energy is called an electric current. As long as the sun is shining, the electrical current in a solar-electric system continues.

Put your cursor on the panel and move it left or right for a rotating 360 view of a Mitsubishi solar panel.

Electricity from the sun

The type of current produced by a solar panel is called direct current (DC). Before it can be used to power a home or office, it is converted to alternating current (AC) by an electronic inverter.

The inverter is used to change DC power to utility grade AC power. The quality of the power from a sine wave inverter can exceed the quality of power coming from the utility. Our inverters are generally supplied with an additional circuit, called “maximum power point tracking,” or MPPT for short. This optimizes the way that the inverter processes the energy form the PV panels so that your system can give you power even on cloudy days. 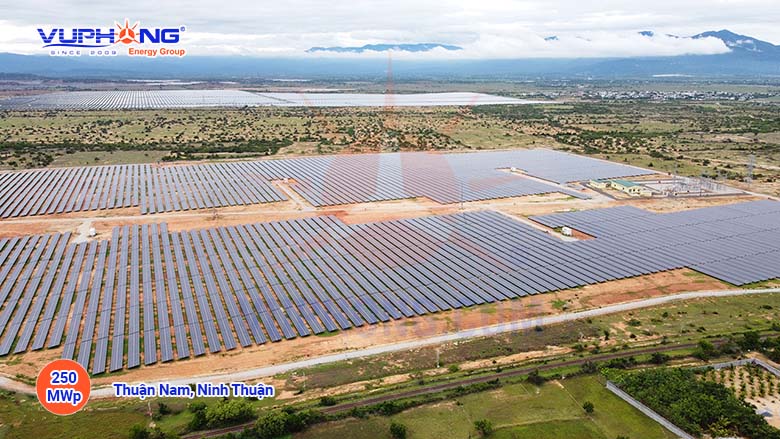 Energy demand is called a load. In a standalone photovoltaic system, electricity in excess of the load can be stored in batteries for later use. A grid-tied solar power system, on the other hand, runs in tandem with power from the utility company. The excess solar power from a grid-tie system is fed into utility lines, appearing as a credit on your electric bill. A shortfall in solar power is made up with utility-company power. You get billed for only the difference between what you use from the power company and what solar energy you generate. This is called “net metering.” When you select net metering billing for a year’s period of time, your power company will credit your bill for all the excess power you are able to generate in the summer so that you can use up that credit in the winter months.

Other parts of a solar energy system

Silicon is shiny, and without countermeasures would reflect too much sunlight from the solar cells. For this reason, PV modules are covered with an anti-reflection layer to maximize energy collection. The panel is covered in glass to seal the cell. Solar power installers use various types of mounting equipment to secure panels on rooftops, open fields, poles and other areas exposed to sunlight. To round out an installation, there are also various disconnect switches, lightning arrestors, wire and other miscellaneous hardware.