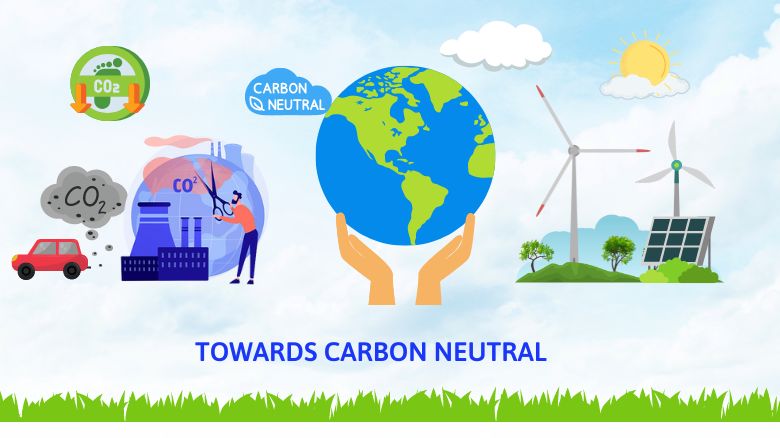 2021 was the fifth straight year of growth for the global carbon market, with the total market value increasing by more than 2.5 times over the previous year. As governments and businesses actively deploy solutions to achieve Net Zero goals, the carbon market’s growth momentum is expected to continue in both the compliance and voluntary markets.

According to financial data analysis company Refinitiv (UK), the total value of the global carbon market in 2021 reached 760 billion Euros ($851 billion USD), increasing from 288 billion Euros in 2020, making a 164% raise. The European Union Emissions Trading System (EU-ETS), the world’s first, largest, and most successful emissions trading market, has contributed significantly to growth. With 683 billion euros, it accounts for 90% of the entire global market value.

The year 2021 was the fifth straight year of growth for the emissions trading market. The Voluntary Carbon Market (VCM), which is known as a new market and is much smaller in size than the Compliance Carbon Market (CCM), has attracted particular attention, with record transactions and credit prices only skyrocketing, helping to bring the total market value to more than 1 billion USD by the end of 2021. 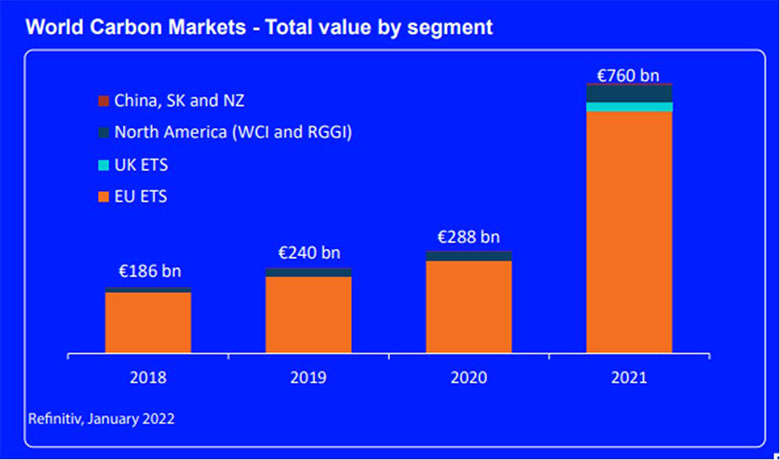 The record growth in the carbon market over the last year has resulted from an increase in both the number of transactions and the price of the credits. Due to high investor demand and the EU’s strict climate policy of reducing emissions by 55% by 2030, the price of emission credits in the EU-ETS was more than 80 euros/ton by the end of 2021, more than doubling the price at the end of 2020.

The trend in the Net Zero implementation roadmap

The global carbon market is expected to maintain its strong growth momentum, fueled in part by the 26th Conference of the Parties to the United Nations Framework Convention on Climate Change (COP26), which committed to reducing greenhouse gas emissions, becoming carbon neutral, and essentially finalizing the Code of Conduct guiding Paris Agreement implementation, including Article 6 directly related to the carbon market.

At COP26, 136 countries (including Vietnam) committed to reaching Net Zero emissions by mid-century, accounting for nearly 88% of total greenhouse gas emissions and contributing more than 90 percent of global GDP. Meanwhile, at least one-fifth of the world’s 2,000 largest corporations, with combined revenue of approximately $14 trillion, have committed to achieving Net Zero by the mid-century or earlier through various initiatives. 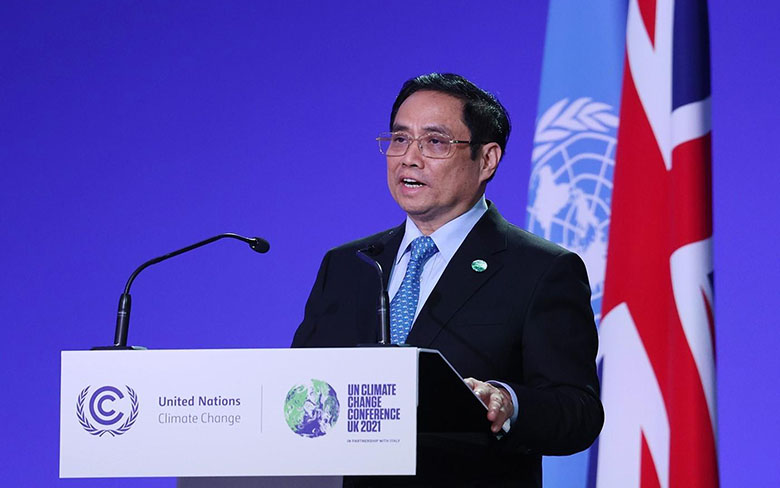 Furthermore, with climate change being an urgent global issue, the climate crisis is the world’s greatest long-term risk, while extreme weather and climate inaction are the greatest short- and medium-term risks. As a result, many investors have adjusted their portfolios, increasing investments in emissions reduction. According to new survey data in the Asia Investor Group on Climate Change (AIGCC)’s, “while net-zero commitments have become the expectation, interim targets are emerging as a key component to net-zero commitments in demonstrating genuine Paris-aligned commitments. 40% of respondents have made portfolio-wide commitments, where there were none in the previous year.” 65% of investors surveyed have already or starting to measure emissions specific to their investment portfolio, to calculate carbon reductions and actual climate impacts (compared to 44% in 2020). And this will have an impact on business development plans in order to meet the requirements of responding to climate change.

The carbon market is anticipated to grow even stronger as governments and businesses aim toward emissions reduction and Net Zero targets. Many businesses use the voluntary carbon market to offset emissions, and direct emissions-cutting measures such as using renewable energy, shifting to alternative fuels, and so on. The voluntary carbon market is expected to be valued at $50 billion USD by 2030. Meanwhile, according to a Coherent Market Insights research, the global carbon credit market reached $2,407.8 billion USD in 2027, with a Compound Annual Growth Rate (CAGR) of 30.7 percent between 2020 and 2027.