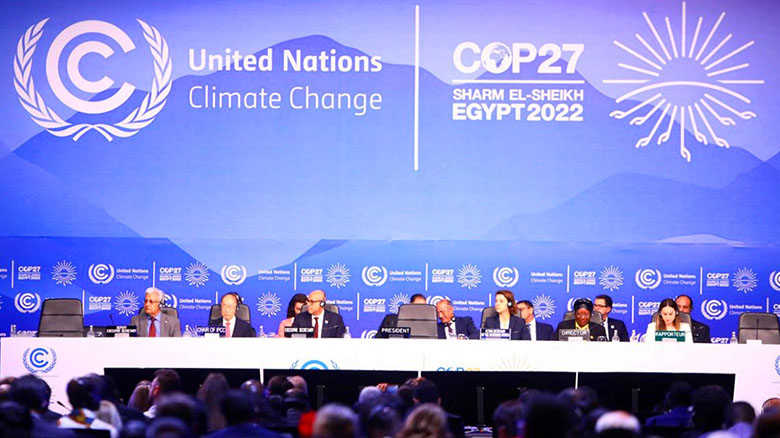 After strong commitments at COP26, over 400,000 delegates representing nation leaders gathered for COP27 to discuss and find solutions to push action to achieve commitments and solve the world’s common climate change problem.

COP27, which began on November 6th at Sharm El-Sheikh, South Sinai Province, Egypt, was attended by over 40,000 participants, including roughly 100 state and government leaders from around the globe. This is the largest climate conference to date and is expected to address the world’s most pressing climate change issues.

The participating nations agreed in November 2021, at COP26 in Glasgow (United Kingdom), that the world is facing a crucial decade that needs practical actions and the implementation of pledges made. However, COP26 President Alok Sharma said that although more than 90% of the global economy has committed to net zero emissions, governments have made specific efforts and achieved some accomplishments, but the pledge to mobilize $100 billion per year has yet to be met. As a result, with the message “Together for our planet,” COP27 is considered a Conference of Action after COP26 commitments. 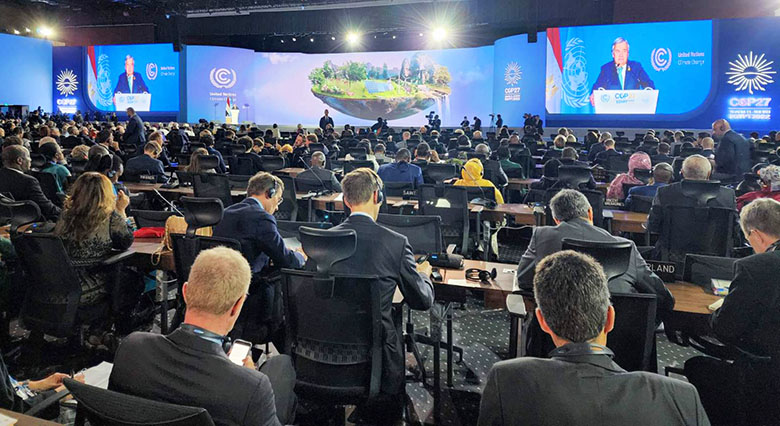 COP27 – the climate summit with the most participation ever (Internet photo)

“Here in Sharm el-Sheikh, we have a duty to speed up our international efforts to turn words into actions,” emphasized Simon Stiell, the Executive Secretary of the United Nations Framework Convention on Climate Change (UNFCCC). Speaking to delegates at COP27, Simon Stiell believed that leaders, whether presidents, prime ministers, or corporate executives, would be held responsible for the pledges they made at COP26 last year. As a result, the UNFCCC Executive Secretary proposed three critical action directions for COP27, which include:

Vietnam made strong commitments at COP26, such as reducing net emissions to “0” by 2050; reducing methane emissions by 30% by 2030 compared to 2020 levels; not building new coal power from 2030 and phasing out coal power from 2040; forest and land use claims; joining the Global Adaptation Alliance…

Immediately following that, Vietnam established a National Steering Committee to implement Vietnam’s commitments at COP26 and issued action plans such as the National Action Plan on Green Growth 2021-2030; National Strategy on Climate Change to 2050, while also providing an overall roadmap to realize the committed climate goals by creating a legal corridor, promoting and supporting the business community, industries, and localities with the responsibility to reduce greenhouse gas emissions…

At COP27, Vietnam is also attempting international collaboration to foster a low-carbon transition in order to meet its pledges. The Vietnamese delegation, headed by Dr. Ha, Tran Hong – Minister of Natural Resources and Environment, held working sessions on promoting the formation of a carbon market in Vietnam, implementing Vietnam’s climate pledges, and transitioning to a low-carbon economy… According to Minister Ha, Tran Hong, Vietnam would establish not just a carbon market but also a synchronized finance market. Credit exchange and sale may extend beyond ASEAN by engaging in the global market to other continents. As a result, at a meeting with the CEO of the Central Bank of Singapore on 07/11, Vietnam requested Singaporean assistance in completing the legal framework and policies that comprise the carbon credit market, followed by institutions for governance. This is a working session to execute the contents of the Memorandum of Understanding for collaboration between the Ministry of Natural Resources and Environment (Viet Nam) and the Ministry of Trade and Technology (Singapore) under Article 6 of the Paris Agreement. 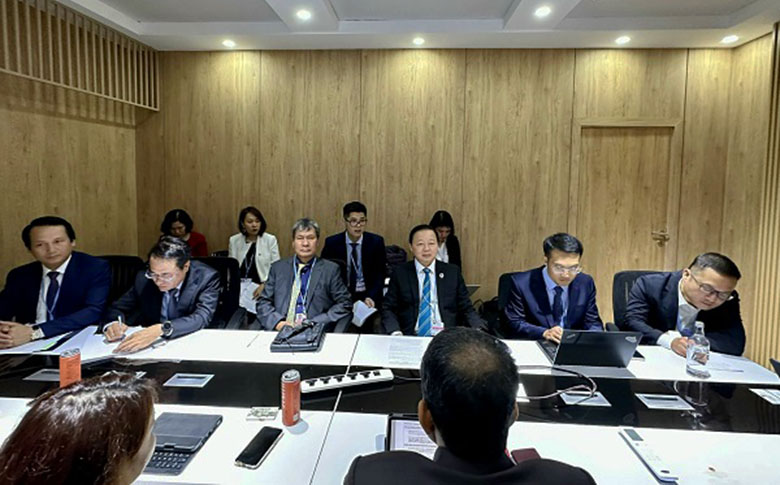 Minister Ha, Tran Hong and the Vietnamese delegation discuss the promotion of a carbon market in Vietnam with the CEO of the Central Bank of Singapore (Photo: Department of Climate Change, Ministry of Natural Resources and Environment)

In addition, Minister Ha, Tran Hong signed a Memorandum of Understanding with the General Director of the Agence Française de Développement (AFD) on the margins of COP27 on Nov 8th to strengthen bilateral collaboration on implementing carbon emission reduction and energy transformation in Vietnam. According to this Memorandum of Understanding, Natural Resources and Environment and AFD will collaborate to develop a research program that will contribute to public policies in priority areas of the Vietnamese government over the next five years. AFD will also work with the Ministry of Natural Resources and Environment to coordinate the implementation of emission reduction programs aimed at achieving an equitable energy transition, as well as to support integrated water resource management and the development of an appropriate integrated watershed management model in the context of strengthening resilience, resilience, and resilience to climate change in Vietnam…