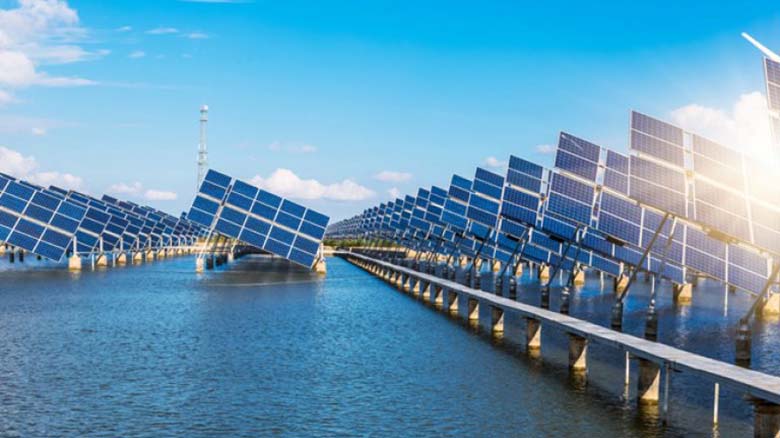 AsianScientist (Apr. 7, 2020) – While the falling costs have boosted the adoption of solar energy in recent years, solar cell manufacturers are not resting on their laurels. In 2018, 100 gigawatts (GW) of solar power were added to the global power grid, mainly in China and India. The market as a whole is expected to reach US$430.2 billion by 2024, according to a report by Goldstein Research.

To sustain this growth, the industry has shifted its focus towards more efficient and durable solar cell technology to meet the demand for high-efficiency PV modules in the next wave of solar growth.

Currently, p-type monocrystalline silicon passivated emitter and rear contact (PERC) cells are the most prevalent, with a market share of up to 30% through to 2028 because of cost-performance advantages. With recent improvements in PERC cell technology optimization, average cell efficiencies reached 21% by the end of 2018. Leading PV manufacturer, Jinko Solar, was able to hit almost 24% efficiency, then a new world record.

However, emerging technologies such as perovskite-silicon tandem cells are threatening to catch up in the race for performance. For example, a United Kingdom-based start-up called Oxford Photovoltaics clocked in a record 28% efficiency with its perovskite-silicon tandem cells at the laboratory scale. The tandem cell works by absorbing light and distributing it between its partially-transparent perovskite top cell and silicon bottom cell. This allows both cells to contribute to overall power, enabling breakthroughs previously not possible with silicon cells alone.

Perovskite is proving to be promising and can also be used as ligand-perovskite inks coated onto rigid or flexible substrates as well as inkjet-printed perovskite solar cells. It can be applied onto switchable PV or LED windows, flexible or portable devices, and smart buildings.

While the industry works on maximizing efficiency through cell technology advancements, solar energy users can get more out of their panels by optimizing performance with smart technology.

One way to do this is to apply a self-cleaning coating to maintain the panel’s performance throughout its lifespan. PV panels soiled by snow, dirt, dust and sand can affect the output of a panel. Cleaning panels is also a resource- and labor-intensive task in places like the Middle East and Singapore, so a self-cleaning coat can help reduce maintenance cost.

Another way to optimize performance is through this solar forecasting technology. When clouds move across the sky, this can cause intermittent blockage of the sun resulting in a drop in power generation. To ensure a steady supply of energy, solar farm owners have to make up for the shortfall with other forms of energy or invest in capital-intensive energy storage systems.

By being able to forecast cloud shadowing events, solar power systems can better manage the impact of clouds and reduce reliance on fossil fuel consumption by switching off the diesel generators when there are no clouds and switching back on when necessary.

With the rising adoption of solar power, the global solar panel recycling market is expected to grow alongside with a CAGR of about 28% to reach US$98.4 million by 2025. Waste generated from the industry is estimated to rise from between 1.7 and 8 million tonnes in 2030, to 60 and 78 million tonnes in 2050, making it a pertinent environmental issue in time to come.

At the end of a solar panel’s estimated 20- to 25-year lifespan, precious materials such as silicon, silver, copper, and aluminum can be reclaimed and reused from spent solar panels to make solar energy green even at end-of-life.

Even as the PV industry continues to blaze forward to meet growing demand, regulators also have a role to play to get standards up to speed with technological advancements in the field. Currently, PV modules are tested to identify early failures due to module design. Degradation of solar cells, such as when they are exposed to higher operating temperatures and higher intensities of light, are not captured in existing standards such as the International Electrotechnical Commission’s IEC 61215:2016 and IEC 61730:2016, which cover the design of crystalline silicon terrestrial PV modules and PV module safety respectively.

To tackle the lack of standards assessing long-term performance, industry players like solar energy contractor REC Solar have voluntarily assessed their own products against draft standards, demonstrating that the industry is outpacing standards development. A harmonized standard for improved durability is needed to address this concern, alongside the technological development of the solar energy industry to sustain its growth.

Already one of the fastest-growing sources of renewable energy, photovoltaics are becoming even more popular than before and may drive down the competition from fossil fuels, propelling it into the mainstream. Learn more about other exciting opportunities in photovoltaic technology at https://www.ipi-singapore.org/technology-category/energy-solar