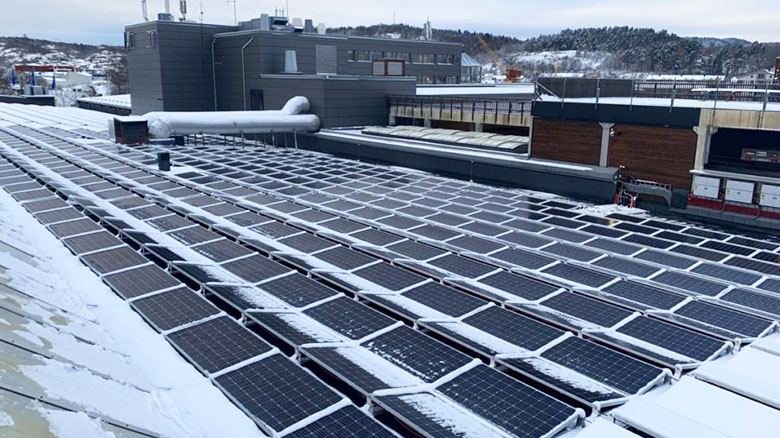 A Norwegian company has developed a way to melt snow on modules to avoid excess weight on roofs and panels, especially on large commercial and industrial arrays. A control system measuring snow density is linked to DC power supply units to warm the panels.

Norwegian technology company Innos has developed a weight monitoring system it claims can kick in to melt snow on rooftop PV panels. The Weight Watcher technology, which uses module surfaces to melt the snow, was created to avoid unsafe loads on panels and roofs.

“If you push a current through a diode, as is a solar cell, the cell will heat up and the snow will melt,” Innos CEO Tommy Stromberg told pv magazine. “The challenge is to be able to add the current, control the current and optimize power used over a melting period.”

The system features a control system to measure snow density which is connected to a maneuver system in turn linked via a switch set-up to DC power supply units. Those units are connected to the solar modules and can inject power into the PV system when snow fully covers panels, preventing them operating normally. 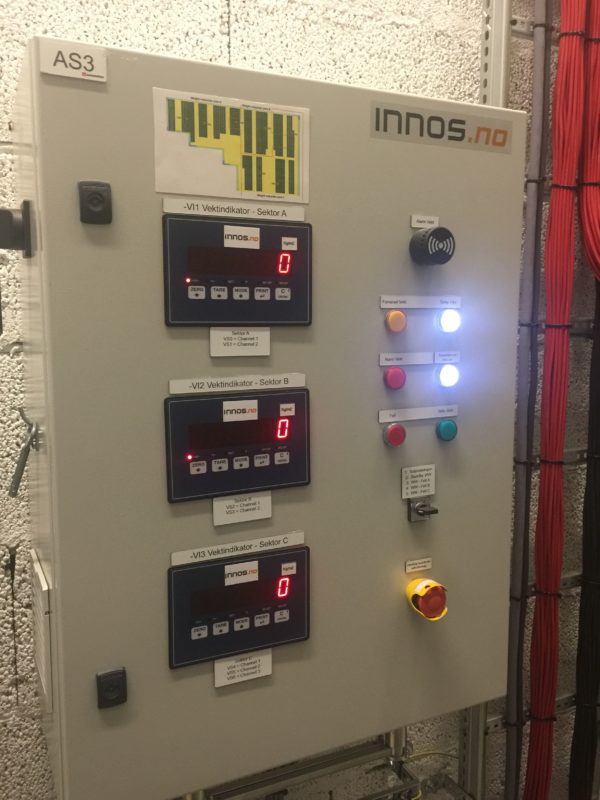 The maneuver system of the Weight Watcher. Image: Innos

“It is important to inject as low a current as possible in order to avoid operation costs increasing,” Stromberg added. After the snow melts, the panels resume power generation, compensating for the energy used.

The system is said to be able to melt around 2 kg of snow per square meter, per hour.

Permission is required from module manufacturers to install such a system, however, or panel warranties may be void. “We have, over the years, cooperated with some of the world’s largest module producers for lifetime testing,” Stromberg said. “We have, at the moment, unvoided warranty certificates from REC, JA Solar, Longi and some other manufacturers showing no effect on yield and degradation over [panel] lifetime.”

The CEO said the Weight Watcher system can in principle be applied to all standard crystalline modules, including as a retrofit.

Innos claims to have used the system across more than 30,000m2 of Norwegian roofspace. “Due to climate change, an increase in heavy snowfall is being seen in short periods of time rather than stable snowfall over time,” the company said. “This will increase the need to protect roofs that cannot withstand heavy loads.”

Chief executive Stromberg said the costs associated with the Weight Watcher system could be shouldered by commercial and industrial companies with large roof surfaces and mid-sized PV installations. “Lifetime prolongation is the most cost-effective and environmentally friendly activity that can be done to old buildings in combination with PV installation,” he said. “Combined with Innos Weight Watcher, the business case is much stronger.” The Innos boss added, the cost of the snow system should be calculated per square meter rather than by Wattage.

A reduction in snow removal costs – and risks associated with working at height, as no manual work is required – are further benefits for installers.

Innos said its technology makes it possible to install solar panels on older, weaker roofs, especially on commercial buildings built before 1970, which often have roof structures unable withstand snowfall of more than 150kg/m2.

“Heavy snow loads combined with existing solar panel installations can weaken roofs and lead to potential collapse,” Stromberg said. “Weight Watcher becomes an insurance against this as it both controls load from snow and makes sure to melt it off before it gets too heavy.”