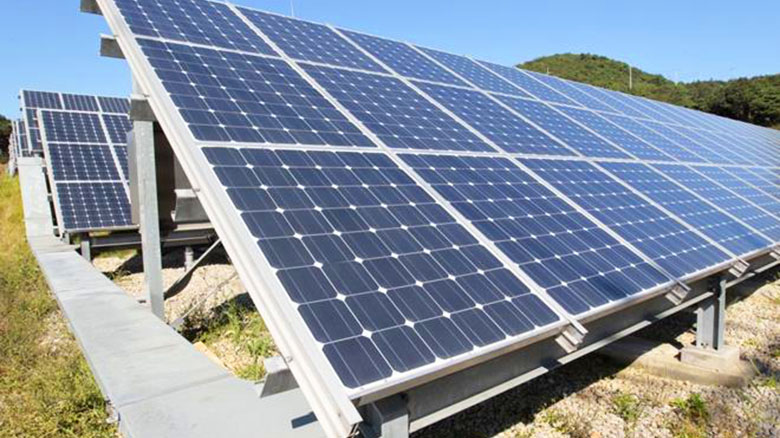 India is considering a new solar that doesn’t include a requirement to also generate electricity, sources said.

India is considering a new tender to develop solar power equipment manufacturing that doesn’t include a requirement to also generate electricity, a move aimed at sparking investor interest, according to people with knowledge of the plan.

In addition to separating manufacturing of solar cells and modules from generation, the government may also offer some form of financial aid, said the people, asking not to be identified as the information isn’t public.

There has been little interest from solar equipment makers in the previous manufacturing tenders, a hurdle to Prime Minister Narendra Modi’s ambitious plans of building 100 gigawatts of solar power capacity by 2022.

India has been struggling to spur its nascent domestic manufacturing industry, which the government estimates can currently only meet just 15 per cent of the country’s annual needs. The South Asian nation has been seeking to boost its capabilities through both manufacturing  tenders as well as a safeguard duty on cheaper Chinese imports.

A tender issued in May 2018 was downsized and delayed multiple times, before being scrapped due to poor investor interest. It was replaced by a smaller version in January, for which the bidding deadline has been extended three times. The latest deadline, May 14, is expected to be extended again, the people said.

Anand Kumar, secretary at the Ministry of New and Renewable Energy, declined to comment on either the extension of the deadline or the possible new tender.

India’s efforts to develop its own solar equipment industry will be challenged by both domestic policies and overseas competition, according to BloombergNEF analyst Rohit Gadre.

“A delinked manufacturing tender will not work unless it provides an assured long-term demand for domestic modules,” Gadre said. As well, “Indian photovoltaic module production will not be able to compete globally on its own as China has already built economies of scale and a strong supply chain.”