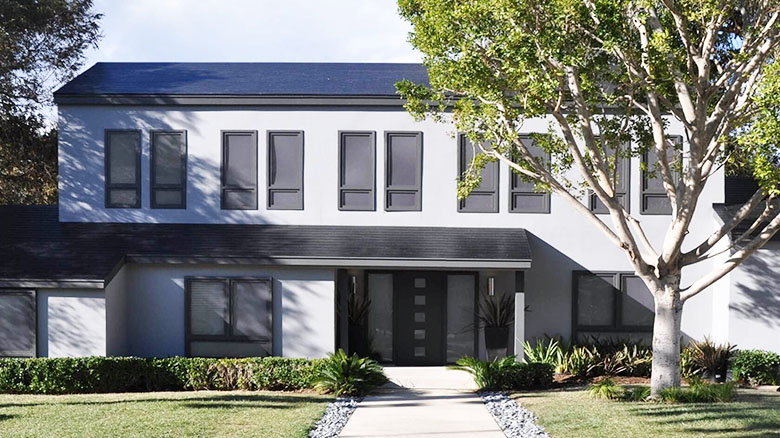 After first unveiling the product last year, Tesla started taking orders with a $1,000 deposit for the first versions of its solar roof tiles earlier this month.

Electrek has learned that demand exceeded expectations and that its solar roof tiles are now sold out ‘well into 2018’.

Earlier this week, analysts at RBC Capital Markets met with Tesla CFO Deepak Ahuja, who recently came back to Tesla in February, to discuss the company’s financials after the first quarter results.

In a note to clients about the meeting today, RBC said that Tesla is already sold out of solar roof tiles well into 2018.

Electrek was able to confirm independently that Tesla’s orders over the past few weeks indeed exceeded the company’s expectations and based on their current planned production ramp up, they expect their current demand to last well into 2018.

It’s reminiscent of Tesla’s Model 3 launch after which the company sold out of roughly its first year worth of production in just a few weeks. The early Model 3 demand also made Tesla accelerate its production plans for the vehicle by two years.

The company has yet to confirm their planned production capacity for solar tiles, but they announced plans to start the “pilot manufacturing” of the first two types of tiles  – smooth and textured (see below) – during the current quarter (within two months) at their Fremont facility and move to volume production at Gigafactory 2 in Buffalo soon after.

Panasonic invested $250 million at the Buffalo facility last year in order for Tesla to be able to ramp its solar tile production, but manufacturing will not be the only bottleneck for the company in order to work through its backlog.

We recently reported that the company has been looking to hire a lot of roofers over the past month. The installation of a solar roof will be significantly more labor intensive than Tesla’s usual solar rooftop installations with solar panels, which could slow down the rollout of the product.

The company says that the “typical homeowner can expect to pay $21.85 per square foot for a Solar Roof” and started taking orders for the US on May 10 with an online price estimate calculator powered by data from Google Sunroof project.

It comes with a lifetime of the house warranty and 30-year power generation guaranteed. After the electricity production, Tesla estimates that its solar roof will be cheaper than regular tile roofs or virtually pay for itself through electricity savings.

The deal apparently already attracted a lot of customers, but most of them will have to plan long-term to replace their roofs due to the high demand.

Tesla solar roof products are perfect for homeowners who want solar and need a new roof relatively soon, but a regular solar panel installation is still a good solution for people who don’t need a new roof. Solar and energy storage prices are highly dependent on your market (electricity cost, gov incentives, etc.) and your property. We suggest getting quotes from more than one installer to make sure you get the best energy solution for your place. Understand Solar is a great free service to link you to top-rated solar installers in your region for personalized solar estimates for free.