Vietnam’s Solar Power Policy: The Dawn of a New Age in Utilities Investment 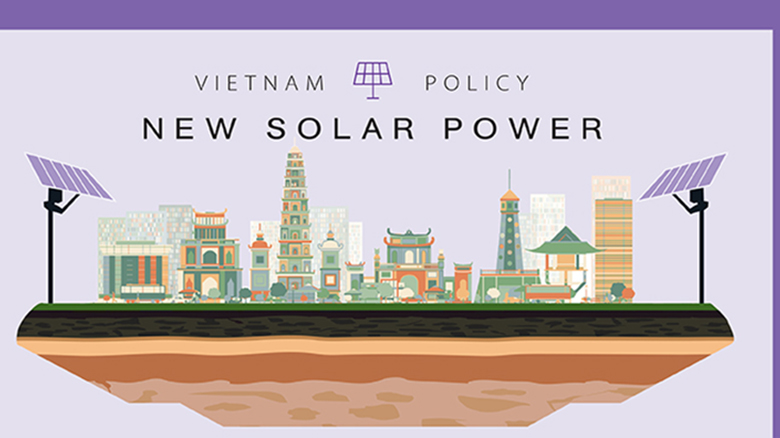 Offering a low-cost production hub and a young workforce, Vietnam is quickly becoming the best alternative to China for investors across Asia. Attracting more and more investments every year, the demand for power in Vietnam is also rising rapidly. In order to encourage the development of solar power facilities, an alternative power source thought to help Vietnam reduce its reliance on coal-fired power and deal with environmental concerns, Decision No. 11/2017/QD-TTg (“Decision 11”) was signed on April 11, 2017 to support the development of solar power projects. It officially entered into force on June 1, 2017.

Electricity consumption and demand in Vietnam

As estimated by Vietnam’s national utility, the country’s annual power consumption is about 162 billion kWh. In regards to power generation, the three biggest sources are hydropower, coal fired power and natural gas. Renewable power, including wind and solar power, only represent a minor part of power generation at 0.32 percent collectively.

Renewable power remains relatively new to Vietnam. In recent years, high establishment costs and low power prices have deterred foreign investors from seriously considering Vietnam as a destination. However, realizing the need to deal with growing environmental concerns and build a sustainable economy, Decision No. 11/2017/QD-TT (“Decision 11”) has been signed to support sustainable energy by lowering the costs to entry and reducing regulatory uncertainty.  In conjunction with the Decision, a draft Circular has also been released by the Ministry of Industry and Trade of Vietnam and includes a draft solar power purchase agreement template (Draft PPA) and detailed guidelines on the development of solar power projects.

For those considering investment in Vietnam’s renewable energy sector, understanding the particulars of both Decision 11 and its accompanying circular will allow for a more nuanced analysis of opportunities within the Vietnamese market. To this end, the following are some of the most pertinent changes and benefits that have been included:

Decision 11: Mechanism on encouragement of development of solar power projects

Organizations or individual involved in the development of a solar power project may raise domestic or foreign capital in order to carry out the project. In addition, under Decree No. 32/2017/-ND-CP issued on March 31, 2017, investors in solar power projects can also apply for a loan of up to 70% of the total investment capital at the Vietnam Development Bank.

The Draft PPA reinstates the Feed-in-Tariff rate of 2,086 VND per kWh approved by Decision 11 (9.35 US cents/kWh). The current exchange rate is 22,316 VND/USD as listed in the Draft PPA. However, the draft does not include indexation.

Vietnam Electricity (EVN) is the only permissible power purchaser. It is enabled to purchase all electricity from solar power projects. It is given the right to stop purchasing electricity without paying any compensation to project developer. In addition, EVN only has to pay for the electricity that it actually receives, there is no concept of deemed commission. In the case of termination caused by EVN’s default, no termination payment or protection for outstanding debts of the project developer is paid.

The Draft PPA allows EVN to bring disputes to Vietnamese courts for litigation and other State energy authorities of Vietnam for mediation and resolution. However, the draft does not provide for offshore arbitration.

Solar power has huge potential in Vietnam, especially in the Central and Southern regions of the country. The industry allows Vietnam to meet the rising energy demand while simultaneously protecting the environment and reducing pollution.  However, up until recently, the market for renewable energy investment was at an early stage of development and a suitable policy was needed to clarify and facilitate the investment process, thus attracting more investors.

Decision 11 and the Draft PPA now establish the first mechanisms and policies of their kind in Vietnam and are set to encourage investment in the Solar Power sector as a result of their facilitation of regulatory clarity. Although the Decision and the Draft PPA are not complete and there are still some issues remaining to be detailed, both pieces of legislation still play an important role by providing the basic framework for investment within the sector.  Additional policies or modification can now be added to create a better investment environment, creating opportunities for solar power sector to grow in the near future. This is the best way for Vietnam to reduce its overreliance on coal-fired power- which put the country in a dangerous situation facing environment concerns- and to build a sustainable and strong economy.