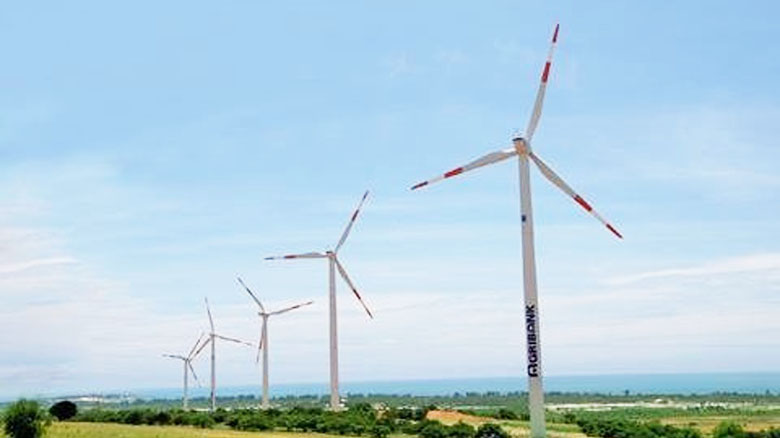 As one of the fastest growing economies in the region, Vietnam has seen its electricity demand grow by 15% per year during the last decade, and is expected to see an average annual growth between 11% and 16% until 2020. Such growth is supported by increasing urbanisation and a young population, with a large workforce able to offer an alternative to Chinese manufacturers with increasing labor costs.

The country already has a large proportion of its electricity mix produced by renewables. Hydropower represents 40% of Vietnam’s total installed capacity, while the installed capacity of non-hydro renewables (e.g. wind and solar) is still negligible, and as yet is limited to a handful of utility scale projects.Investment in electricity generating assets is currently not keeping pace with the increasing electricity demand. As a result, diesel-based generators are often used in cities and factories subject to blackouts and load shedding, especially during peak hours and the dry season when water levels are low. According to EVN, power shortages may reach over 9 billion kWh in the 21 southern provinces during the 2013 dry season.

With a 3,000-kilometre coastline and an average wind speed of 7 m/s, Vietnam has some of the best potential for wind power in Southeast Asia. However, despite a wide range of financial and fiscal incentives, and over 60 registered projects under development totaling a capacity of 6GW, only a few large projects have reached an operating stage. These include a 30MW project in Binh Thuan Province, and a 16MW project in Bac Lieu.News reports have been mostly focusing on the development of large-scale wind farms. Challenges are however diverse, such as a lack of wind mapping, project sites rich in mineral resources, and delays due to transportation and installation on site (i.e. suitability of road network for turbine and blade transportation, and availability of cranes). One of the main hurdles for investment in the Vietnamese wind farms is still the low interest from investors due to the level of wind Feed-in-Tariff (FiT) of 1,614 VND/kWh. The Vietnamese wind projects receive a tariff comparable to the Chinese wind FiT, but with an average Capex estimated to be twice that of the Chinese.

With excellent solar radiation all year, the Vietnamese solar water heater market, as well as household and rural solar PV installations are rapidly growing, while utility scale PV projects are still at an early stage of development. Unlike for wind, there is currently no FiT for solar projects.To date, the recently built “large” solar projects under operation are limited to a few projects such as the 212 kWp project on the Big C supermarket in Di An(2), and the 200 kWp project on Intel’s factory in Saigon High-Tech Park(3). Other significant projects under development are solar projects to supply electricity to Danang(4) and Nha Trang(5) airports. Not being subject to government FiT, these projects can benefit from negotiated PPAs with the electricity end-users, or are built and financed directly by those end-users for their own use. These types of installations are likely to become more attractive with the drop in panel cost, shorter development time, and ease of installation or operation of solar compared to other renewable sources.

Under current market conditions, there are still opportunities to negotiate for a higher tariff directly with end-users, particularly for wind or solar hybrid projects in locations not connected to the main grid, such as on islands, or on zones with electricity shortage.

Wind projects on the Phu Quy and Con Dao islands have obtained significantly higher PPAs than the FiT, with 13 and 25 USD cents/kWh respectively(7).  However, such wind projects still face challenges in terms of on-site transportation, local grid constraints, grid load and availability of cranes. Also, a number of real estate groups, which own properties such as real estate developments or resorts, have shown interest in solar powered projects to offset their cost of diesel generation during blackouts or when not connected to the main grid.

While many investors and solar companies are focusing on large-scale developments in SEA countries such as in Thailand or Indonesia, countries without national FiT, such as Vietnam or Cambodia, can offer interesting opportunities. For investors willing to enter these solar markets, the competitive advantage will likely to be with experienced investors on Asian markets and able to invest in greenfield rooftop type of projects.