3 Predictions For Solar Energy in 2017 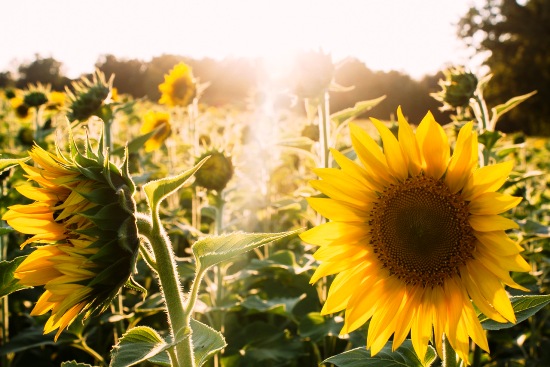 Renewable energy sources are expected to make up 80 percent of the new electricity-generation capacity in the U.S. during 2017, according to the Department of Energy.

Renewable energy sources are expected to make up 80 percent of the new electricity-generation capacity in the U.S. during 2017, according to the Department of Energy. So how big of a part will solar energy play in that total? The solar industry is coming off a record-breaking year, with an estimated 13.9 gigawatts (GW) of installed capacity in 2016, by both big business and private citizens.

Corporations installed nearly 1,100 MW of capacity at 2,000 different facilities across the country as of October 2016, and more than 1 million homeowners in the U.S. have chosen to install solar panels on their personal properties. Experts agree that solar power is finding its place in the U.S. energy marketplace, but what’s in store for this hot commodity in 2017? Here are some predictions for this year and what it means for solar power.

The Cost Of Solar Panels Will Continue to Drop
Solar panel technology has never been more affordable than it was last year, and it’s likely to continue to decline in price. The cost of manufacturing solar panels, and thus the cost to consumers, dropped by roughly 30 percent in 2016 and is even expected to become the cheapest form of new electricity for 2017. This will make solar energy a much more compelling and viable investment for all types of households. As the market become more competitive, homeowners can benefit even more by taking advantage of the best deals. By comparing several systems and installers at once with services like 123SolarPower, the homeowner gets the most suitable offer possible.

The decline in cost also applies to the corporate solar market. “Unsubsidized solar is beginning to out-compete coal and natural gas on a larger scale, and notably, new solar projects in emerging markets are costing less to build than wind projects,” according to data from Bloomberg New Energy Finance. In the last decade solar installations have grown by 60 percent per year while the cost has fallen by more than 70 percent, says SEIA.

More Technologically Advanced Solar Panels
As with most new technologies, the look and functionality of solar panels continue to develop. Some of the latest types of panels look nothing like the original crystalline silicon cells strapped to people’s roofs. A new product launch by Sunflare brought us “sticky and flexible” solar panels. This new type of panel can be placed onto walls and roofs and does not use glass substrate like traditional panels. The company also boasts that the panel is more environmentally friendly, because it requires less energy to manufacture.

New panels are not only more functional but are also designed to be aesthetically pleasing. Due to criticism for the way solar panels look on top of homes, their appearance has undergone quite a makeover and will likely continue to change in 2017. For example, several manufactures are producing frameless solar modules to streamline the look, and last year, Tesla’s new roof panels blew innovation out of the water with its shingle designs that are practically indistinguishable from a traditional roof. This expansion of solar panel styles will be an additional benefit for homeowners who are looking for a smart investment that will also increase their property value.

Solar Energy Storage Will Become More Affordable
Experts predict that energy storage will become more affordable in 2017. The accessibility to storage devices is a critical piece of the puzzle for widespread renewable energy adoption. The technology of choice thus far has been battery energy storage, lithium-ion batteries to be exact. These types of batteries saw significant price declines in 2016 and can be used in a variety of applications, all of which will help foster solar power adoption this year. Similarly to the solar panels themselves, pricing is a major element in the position of energy storage.

The good news is, a report from Deutsche Bank projects the cost of lithium-ion batteries could fall by 20 to 30 percent a year, bringing commercial or utility-scale batteries to the point of mass adoption before 2020. The energy storage market is forecast to exceed the 2-gigawatt mark in 2021 and valued at almost $3 billion, reports GTM Research.

Several states have introduced policies and programs to support energy storage technology markets with the intent to promote emerging technologies. In 2010, California signed Bill 2514 into law, which adopted a 1.325 GW procurement target for electricity storage by 2020, with targets increasing every two years from 2016 to 2020. States like Florida, which have high exposure to natural disasters, are also recognizing the role that energy storage can play in disaster planning. 115 emergency shelters in the state have installed PV systems with battery storage, which will most likely continue to spread.

The coming year should prove to be another record-breaking one for solar power with the advancement of technologies, making it more affordable and accessible for both commercial and residential uses. If you’d like to see how much it would cost to install solar panels on your home, simply visit the solar panel marketplace.

Sarah Kezer is passionate about helping others take advantage of the power of solar energy. At 123SolarPower, Sarah assists in answering questions and providing expert information for users to explore their options when it comes to going solar. 123SolarPower connects individuals with the largest network of solar power providers in the U.S.