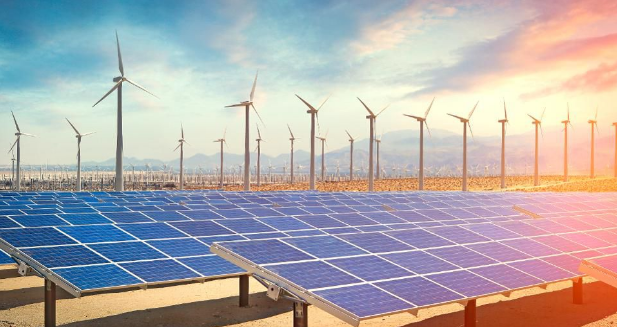 Onshore wind power and solar – without subsidies – are now the cheapest source of new bulk power in every major economy in the world apart from Japan, a new report says.

Clean energy research group Bloomberg NEF, in its Levelized Cost of Energy report for the second half of 2018, says that falling technology costs have pushed the cost of the renewable energy sectors below coal and gas, even in China and India, where until recently, coal was king.

The cost of solar has plunged in part because Chinese regulators abruptly stopped solar capacity installations, meaning installations fell 40% year on year. This has led to a global glut of cheap solar equipment, which has pushed down the cost of solar plants by 13% in just six months. The benchmark global levelized cost of new PV (non-tracking) is now down to just $60/MWh.

This, and falling costs for wind power, have more than offset upward pressure on costs from higher interest rates in the two key markets, China and the US. The benchmark global levelized cost for onshore wind is even lower than for solar at just $52/MWh, down 6% from our 1H 2018 analysis, Thanks to cheaper turbines and a stronger US dollar. In India and Texas, onshore wind is now as cheap as $27/MWh, without subsidy.

In India, the best solar and wind plants are now half the price of new coal, even though the government has applied new tariffs on solar equipment.

Meanwhile, in most of the US, wind is cheaper even than combined-cycle gas (CCGT) plants that are fuelled by cheap shale gas. If the gas price rises above $3/MMBtu, BNEF’s analysis suggests that new and existing CCGT are going to run the risk of becoming rapidly undercut by new solar and wind.
This means fewer run-hours and a stronger case for flexible technologies such as gas peaker plants and batteries that do well at lower utilization levels.

Short-duration batteries are today the cheapest source of new fast-response and peaking capacity in all major economies except the US, where cheap gas gives peaker gas plants an edge, BNEF says. It adds that as electric vehicle manufacturing scales up to match and eventually supersede production of internal combustion vehicles, battery costs are set to drop another two thirds by 2030 . “This, in turn, means cheaper battery storage for the power sector, lowering the cost of peak power and flexible capacity to levels never reached before by conventional fossil-fuel peaking plants,” the report says.

Batteries are also increasingly being co-located with PV or wind facilities. “Our analysis suggests that new-build solar and wind paired with four-hour battery storage systems can already be cost competitive, without subsidy, as a source of dispatchable generation compared with new coal and new gas plants in Australia and India,” BNEF reports.

While this is good news for the battle to decarbonize the global economy, the news is not universally good. In Asia-Pacific, new coal-fired power plants are still cheaper than less polluting combined-cycle gas plants as a result of the need to import natural gas. While CCGT plants can be built for $70-117/MWh, new coal-fired power remains cheaper at $59-81/MWh. This remains a major hurdle for reducing the carbon intensity of electricity generation in this part of the world.