Putting Solar On Your Roof Doesn’t Make Your Electric Car Driving Green, But This Might 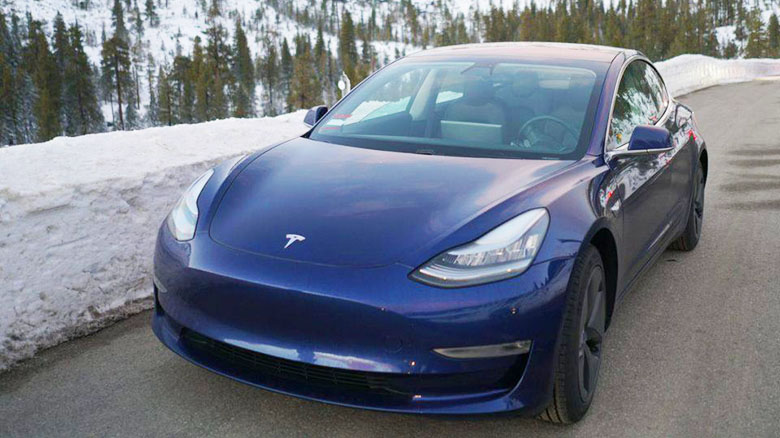 In my review of the Tesla model 3, I pointed out that I contract with an energy generation company that only uses solar and wind, and some wondered how that can work. This opens up the question of how green you can make electric transportation, particularly your own car.

How green (low pollution) use of an electric car is depends primarily on your source of grid energy. This nice recent article from the NYT shows the energy mix in each state, and how it has changed over time. This much older map provides it in graphical form, but the amount of natural gas has increased greatly since it was made.

Each state has two mixes (and regions of states have different mixes.) There is the generation mix, and the consumption mix. These are different because companies buy and sell energy from other states. For example, in California, 44% of generated energy is natural gas, but only 34% of consumed energy is NG, because other forms are imported.

If you’re in one of the states that are coal dominated, your electric car will have a harder time being green. That’s still most states, but no longer most of the population. Today coal makes 30% of US electricity, down from 50%, but fossil fuels are still 63%. Nukes are 20%, hydro is 7.5%, wind 6.3% and solar a mere 1.3%.

If you drive a gasoline car, you put 20lbs or 8,887 grams of CO2 out for every gallon you burn. You also put out other pollutants, including NO2 and fine particulates. The fine particulates may actually be the worse thing, as they kill people who can’t handle the inflammation in their lungs. Thousands and thousands of people.

With a diesel vehicle, it’s worse at 22.4lbs CO2 per gallon of diesel, and usually even more other pollutants.

The US average is 500g of greenhouse gas per kwh. For the 22 miles the average US gas car goes on a gallon, that’s 2700 grams for electric compared to the 8890 for gasoline. Compared to a 50mpg Prius, though, it’s 6,250g to go 50 miles (and again 8,890g for the Prius.) Better, but not by as much. In coal country, the Prius beats the electric car. But in renewable country (like the Pacific states) the electric car is much better.

The local mix will reveal your emissions when you charge from the local grid. Can you do something about it, to make it better?

Solar panels on your home

One of the first thoughts people have is to mount solar panels on their home. They go so far as to imagine their car is running on solar energy. It’s not so easy.

Adding solar panels to your grid-tied home works to reduce emissions due to electrical generation on the grid. You’re making the grid a touch greener and the air cleaner for everybody. Unfortunately, for those hoping for the “solar car,” it has nothing to do with your driving. The panels generate energy based on the sun. They generate the same energy whether you drive or not. The more you drive and charge, the more net energy your house draws from the grid. The less you drive, the less grid energy is used. The relation between your driving and emissions is the same as if you had no panels.

This does not mean you should not do it. Solar panels can now save money (especially with good power management) and they can make the grid more renewable. But it has almost zero effect on how your driving causes grid emissions.

Some feel they will do even better if they get so much solar energy than they generate more in a year than they use. They feed net energy back to the grid, and get paid by the energy company. (Often they get paid a very low rate, but they still get paid.) Again, that’s good for the grid, but nothing to do with driving. There are no solar electrons. There are just electrons. If you use ten megawatt-hours driving, it means you feed back ten fewer megawatt hours to the grid, and the grid generates that much more dirty grid energy, according to its mix. If you don’t drive as much, the grid pollutes less.

Some people go even further and feel that if they disconnect from the grid, they now have a solar car, and all the energy they spend driving comes from the sun. That’s technically true, but at a nasty cost one would not actually desire. When you disconnect from the grid, incoming energy that’s not used has nowhere to go. You will have batteries (including in the car) but once they get closer to full, they can no longer take the extra energy. If it has nowhere to go so it’s just thrown away. That nice green, renewable energy is discarded, the money spent generating it wasted. If it had been connected to the grid, it would have been fed into the grid, reducing demand for dirty energy. It would be very silly to disconnect from the grid in the name of solar driving and clean energy — the effect is the opposite.

Storage in your home

Some feel another good step is to combine solar with local home storage, like the Tesla Powerwall. That device lets you store more of your excess solar energy during the day, and then use it at night. That can be a good way to save money, but it doesn’t stop the main truth — once you install the system, the more energy you use (in particular on driving) the more grid demand you generate, just like before. There are no solar electrons in a grid tie system, there are only grid electrons, of which your solar panels and batteries are all a part. 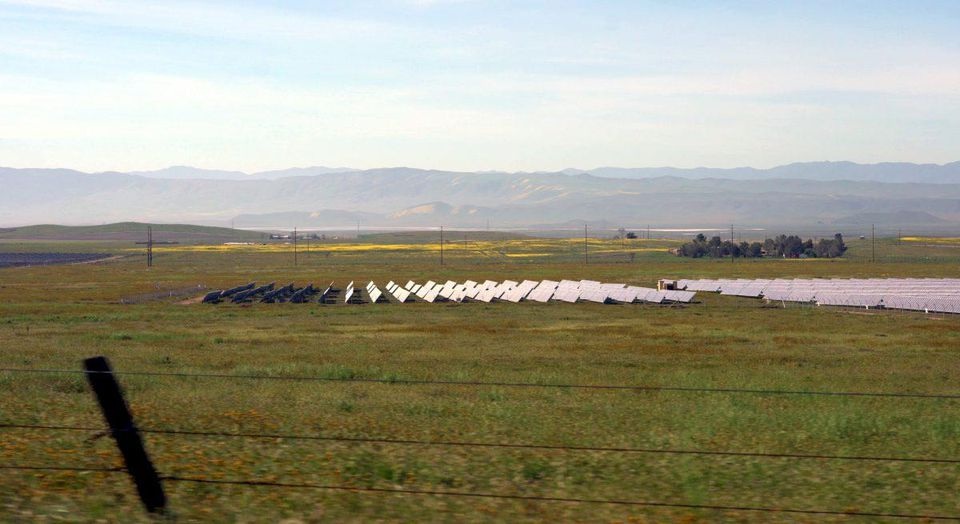 Most interesting is the idea of contracting with an energy generation company that uses only renewables, as I (and almost all other people in Silicon Valley) do. In many areas, you can choose your energy generation company and mix. This means that all the money you pay for energy generation goes to that company and the generating plants it works with. My money goes only to solar and wind plants, and not to natural gas or coal plants. Of course, at night, there are no solar panels operating, and the wind varies, so sometimes I presume the night electricity may be physically be attributed to the fossil fuel sources. But just as there are no solar electrons, there are no fossil fuel ones either. Rather, the flow of money becomes more important than the flow of electricity.

Because my dollars go only to the solar and wind plants, at a small premium over regular grid prices, this finances and encourages more renewable sources to be built. It doesn’t matter that the solar farms do nothing at night, it is the overall energy mix that matters, and effects the emissions of the whole grid, and my money pushes the mix to be more renewable, in proportion to the amount I spend. 80% of my money goes to wind farms, which offer both night and day power.

So thus every mile I drive in my electric car causes a corresponding amount of renewable energy to be generated, while that’s ironically not true for the person with solar panels on their roof. Of course, they can get a really good result by both paying only for renewable energy and having their own solar panels.

Before I can get too smug with my method, there’s a big catch to all this. The person with the solar panels is still quite probably doing more to reduce emissions than I am. They just did it all at once, with a lump sum payment. For in spite of what I have said about the relationship between how much I drive and how much emissions are made, that’s not the important comparison.

If you spend $5,000 on panels, and I spend $5,000 (over several years, of course) on car electricity from renewable providers, we both did roughly the same to reduce emissions. Except that I may beat you because solar farms are more cost-effective at greening the grid per dollar. However, you gain an advantage if you use a lot of power during the day and got it from your panels.

Because the grid isn’t simple, it’s not easy to say precisely what happens when you draw some grid power to charge your car. When you turn on, that quick load probably comes from peaker plants. But when you join many others in the same behavior, you become part of a pattern the grid plans for. Your money goes into putting more renewables on the grid, even if you don’t personally use the electrons that “come” from them.

Unfortunately, there can be a short term negative effect. As put more solar on the grid, it becomes more variable. In California, more solar appears on the grid in the morning than new demand appears, reducing net demand for non-renewables. It may seem like a good to reduce demand for non-renewables, but the problem is the lowest emission fossil fuel plants can’t turn on and off quickly. That forces the grid to use plants with more emissions to handle the too variable load. It gets worse at 6pm, especially when cool out, when the solar all shuts down and there’s a huge surge of demand as people get home from work. Once again, the only things that can handle that spike are natural gas peaker plants (35% efficient), hydro and batteries, plus a very few of the newest efficient natural gas plants.

The variability triggers more emissions, but the good news is it pushes towards the technologies that can handle this. Today they are either not widely deployed or, when it comes to storage, still in the lab.

Earlier, I published a more detailed analysis of what happens to emissions when you add renewables to the grid. You may be confused even after you read it. In the long term, however, the result should still be a greener grid.

What about robocars? My prediction is they will be mostly electric. Since they have the ability to drive to the charging stations, they can pick when they charge, unlike regular cars which can only charge when their owner has parked and plugged them in, in a parking space that has charging. That usually means at home (at night) or possibly at work. It may also mean fast chargers on long trips. Robotaxis will be constrained by when they have demand for service, and of course by when they run out of power and have no choice but to find charging before working again. I’ll detail that in the future.