Solar Power Is About to Boom in the Sunshine State 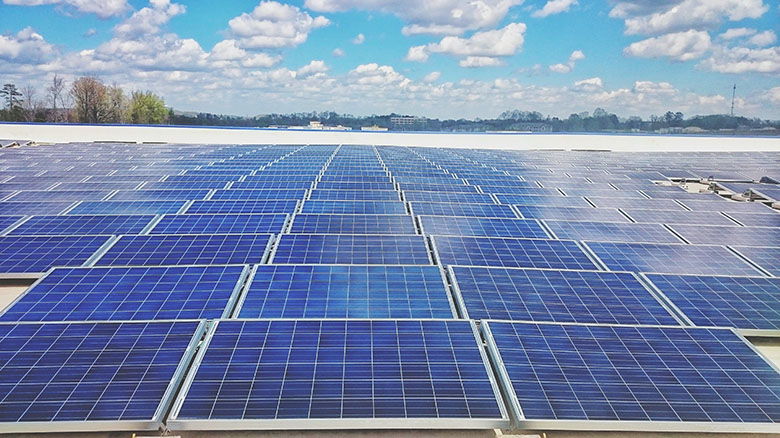 Florida has lagged in renewable energy use, but declining solar costs are set to change that.

Solar is about to boom in the Sunshine State as the price of photovoltaic cells and related installation costs drop to all-time lows.

Initially, that will not require much heavy lifting for state regulators because, according to a new study by the National Renewable Energy Laboratory (NREL), Florida has lagged far behind other states in welcoming solar-powered electricity.

For example, Florida ranks eighth in the United States for potential amounts of solar-generated electricity because of its abundant sunshine and large population, but in 2015, Floridians received only one-tenth of 1 percent of their electricity from solar power.

Other states that have placed more emphasis on the value of solar are well ahead. According to the NREL study, Vermont, which is not celebrated for its sunshine, sourced 2.4 percent of its electricity from solar, while North Carolina got 1.1 percent.

All that is about to change. NREL researchers foresee Florida’s solar power penetrations climbing as high as 30 percent over the next 10 years, depending on the prices of other electricity sources, such as natural gas, and other market conditions. Elaine Hale, the lead author of the study, said that the percentage could go even higher, depending on how and whether future state policymakers calculate the climate costs of fossil-fueled energy.

Continuing to rely on fossil fuels—primarily imported natural gas, in Florida’s case—is likely to accelerate climate-change-related damage in the state. That includes Florida’s unique exposure to coastal sea-level rise and more powerful storms, such as Hurricane Michael, which had a devastating impact on the Panhandle.

Not everything will be rosy with more solar, Hale and other experts point out, because its fast-paced growth will give Florida a problem with the “duck curve.” That refers to supply and demand curves that show there will be so much solar available at midday that the price will drop to near zero, discouraging additional supplies and requiring conventional electric power sources to ramp up in the morning and early evening when solar is not plentiful. Both California and Hawaii have wrestled with the problem.

But the NREL study notes that the improving efficiency of large storage batteries could help reduce Florida’s duck curve and spread the availability of solar power around the clock. The NREL study experimented with scenarios where substantial amounts of solar power—as much as the equivalent power output of four large nuclear power plants—were stored at sites around the state.

“We do find there is value there,” Hale said.

“You are going to see batteries become better. You’re going to see more and more storage being done at utility substations and at some generating stations,” predicted Sean Gallagher, vice president of state affairs for the Solar Energy Industries Association (SEIA), which represents installers and solar panel manufacturers. “More storage provides a lot of resiliency both for the grid as a whole and for special circumstances which Florida has with hurricanes.”

Gallagher complained that the state’s two major private utilities are hurrying to build their own solar farms without inviting bids from outside contractors, including SEIA members.

“We know our members can provide solar to utilities at lower costs than that,” he said. “Florida has a lot of opportunities for solar companies, and we’d like to help crack it open.”

Asked to comment, Peveeta Persaud, a spokeswoman for Duke Energy, said her company intends to build solar farms producing 700 megawatts across the state between now and 2022 and is “negotiating” with solar companies to see who can provide the “lowest-cost, most flexible solar generation” to Duke customers.

Florida Power & Light, the state’s other large electric power producer, did not respond to a request by E&E News for a comment on Gallagher’s statement. The company has told state regulators that it plans to build 4,000 MW of solar over the next decade. Both utilities have bigger plans to construct more gas-fired power generation in the state.

The League of Women Voters is leading a coalition of nonprofits to push more Florida cities and co-ops toward renewable energy. On the other hand, Florida’s Legislature has been heavily influenced by lobbyists from investor-owned utilities that made over $3 million in political contributions to legislators in the 2016 election cycle, according to a recent study by the Center for Public Integrity.

According to the D.C.-based group, Florida’s new, more muscular political approach toward cheaper, more renewable energy may take awhile to register with voters. While Florida ranks with Texas and California in having the resources for achieving solar power’s full potential, it will take the Sunshine State more time to get there, the study noted.

“If No. 1 California stopped building solar altogether and Florida added as much new production every year as it has right now in total,” the Center for Public Integrity said, “they wouldn’t pull even until 2048.”